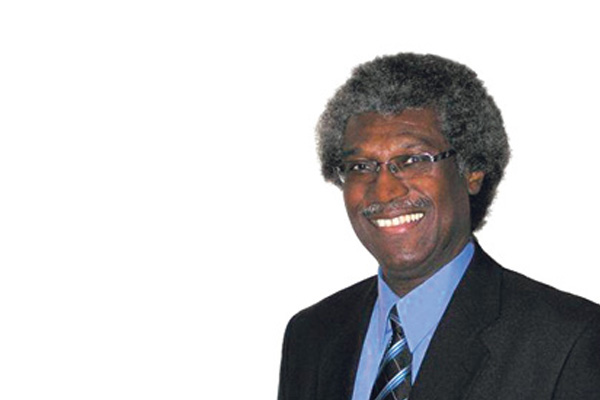 Basseterre, St. Kitts (SKNIS) — Economic growth in the Federation of St. Kitts and Nevis is on the right path, having registered positive numbers in 2013 and is projected to average about 3 percent and possibly over this up to 2017.”

This was highlighted by the Governor of the Eastern Caribbean Central Bank (ECCB) Sir K. Dwight Venner, at the 17th edition of the Annual National Consultation on the Economy in preparation for Government’s 2015 expenditure and revenue plans.

“The performance of St. Kitts and Nevis’ economy since 2013 has been very encouraging and has been the bright spot in the Eastern Caribbean Currency Union (ECCU) as we continue to be affected by the Global Crisis,” said Governor Venner during his presentation at the St. Kitts Marriott Resort. “This performance has been due to an effective implementation of a robust adjustment program conceived by the Government within the guidelines of the eight point stabilization and growth programme and assisted by the International Monetary Fund (IMF) with financing and monitoring.”

Sir Dwight emphasized that the “performance by the Federation is indicative of what is possible if the conduct of the economic policies is carried out within the conceptual framework of a broad macro-economic framework which addresses not only adjustment but also a growth stimulus and social safety net which adjusts those least capable of defending themselves in difficult circumstances and preparing them where possible for gainful employment in the economy.”

Governor Venner pointed out that there have been several accomplishments in a number of economic and social areas.

“The first five points of the eight point stabilization and growth programme, can, in the case of St. Kitts and Nevis said to be successfully executed,” said Sir Dwight. “These areas include financial programming, fiscal reform, debt management public sector investment programming and the social safety nets.”

Other factors also contributed to the positive growth of the economy of St. Kitts and Nevis.

“The other element which has made the recovery possible, has been the Citizenship by Investment (CBI) program,” said Governor Venner. “This has brought much in needed foreign exchange for the Government, which could then embark on an effective stimulus program and finance the social safety nets.”

This year’s Consultation on the economy is centered on the theme: “Keeping the Edge- Energizing Growth and Human Capital Development.”