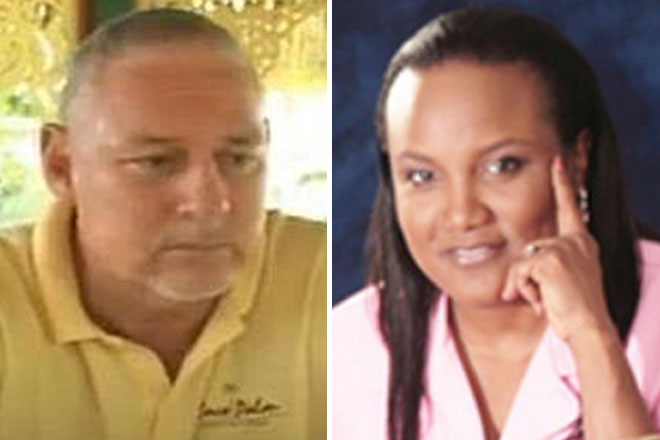 Castries, St Lucia — Political leader of the opposition United Workers Party (UWP) in Saint Lucia, Allen Chastanet, has been accused by a group of dissident party supporters of commissioning a poll to determine if he should remain as party leader, paying the polling company with monies donated to the UWP that he withheld, then unilaterally deciding to withhold results of the poll.

“To add insult to injury Allen Chastanet uses this same money, which was donated to the UWP, to retain the services of Dr Sharon-Ann Gopaul-McNicol, a licensed psychologist, to psycho manage members of the UWP to accept him as leader,” the group said.

Gopaul-McNicol was reportedly instrumental in consolidating a political coalition in St Kitts and Nevis that went on to win the last general elections.

“Allen’s inability to produce his certificates of achievement from Bishop’s and American Universities; and his refusal to provide results of a poll conducted on behalf of the UWP reflects his inability to lead and secure a victory for the UWP in the upcoming elections,” the group continued.

However, while retaining the services of a clinical psychologist to create cohesion in the UWP, Chastanet reportedly verbally abused members at a so-called “unity session” in the presence of Gopaul-McNicol saying, “If you do not like the decisions made, go and form your own party.”

Gopaul-McNicol also came under fire and was accused of allowing herself to be professionally compromised by Chastanet, since it “was quite evident she was briefed on what to say and do”.

She also reportedly referred to a sitting member of parliament and a disaffected former UWP member as “an unsavoury character”, amongst other things.