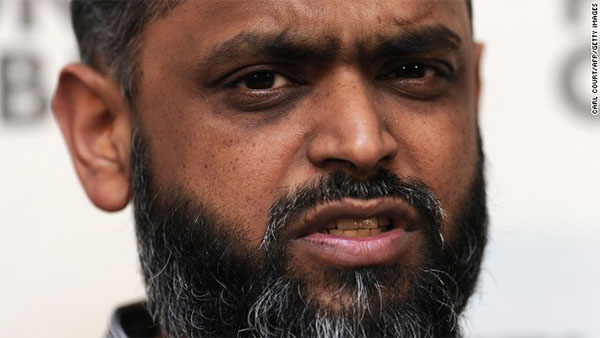 London (CNN) — British authorities dropped charges against high-profile former Guantanamo Bay detainee Moazzam Begg on Wednesday, days before he was due to go on trial on charges of attending a terrorist training camp in Syria.

Begg, from Birmingham in the English Midlands, will now be freed from prison, where he has been held since March, a West Midlands Police statement said.

The case was discontinued after police and lawyers for the Crown Prosecution Service reviewed new material and concluded there was no longer a realistic prospect of gaining a conviction, the statement said.

Begg’s trial had been due to start on October 6.

Assistant Chief Constable Marcus Beale said: “New material has recently been disclosed to police and CPS, which has a significant impact on key pieces of evidence that underpinned the prosecution’s case. Our criminal justice system — quite rightly — demands a very high standard of proof.

“I understand this is going to raise many questions. However, explaining what this newly revealed information is would mean discussing other aspects of the case which would be unfair and inappropriate as they are no longer going to be tested in court.”

Begg was charged with attending a terrorist training camp, facilitating terrorism and possession of a document likely to be of use to a terrorist.

The London-based organization Cage, which campaigns for the rights of those affected by the “war on terror” and for which Begg worked as an outreach director, welcomed the decision to drop the charges.

“This has been a testing time for Moazzam, his family and the Muslim community,” Asim Qureshi, research director of Cage, said in a statement.

Qureshi accused UK authorities of criminalizing “virtually any Muslim that has been to Syria” and said Cage had also come under pressure to shut down.

“We hope that Moazzam’s release is a sign that the government are now willing to adopt a more measured strategy in relation to anti-terrorism policy and avoid the attempt to criminalize all dissent and crush any organization like Cage that stands up for the rule of law and justice,” he added.

Begg was arrested as a suspected al Qaeda member in Pakistan in February 2002 and was held at the U.S. airbase at Bagram, Afghanistan, before being sent to the U.S. prison camp at Guantanamo Bay, Cuba.

Begg spent nearly three years in custody. He was sent back to Britain by the Bush administration in early 2005 and was never prosecuted.

He co-authored a book about his experiences at Guantanamo Bay in 2006 and has appeared as a public speaker and commentator in Britain and overseas since his release.