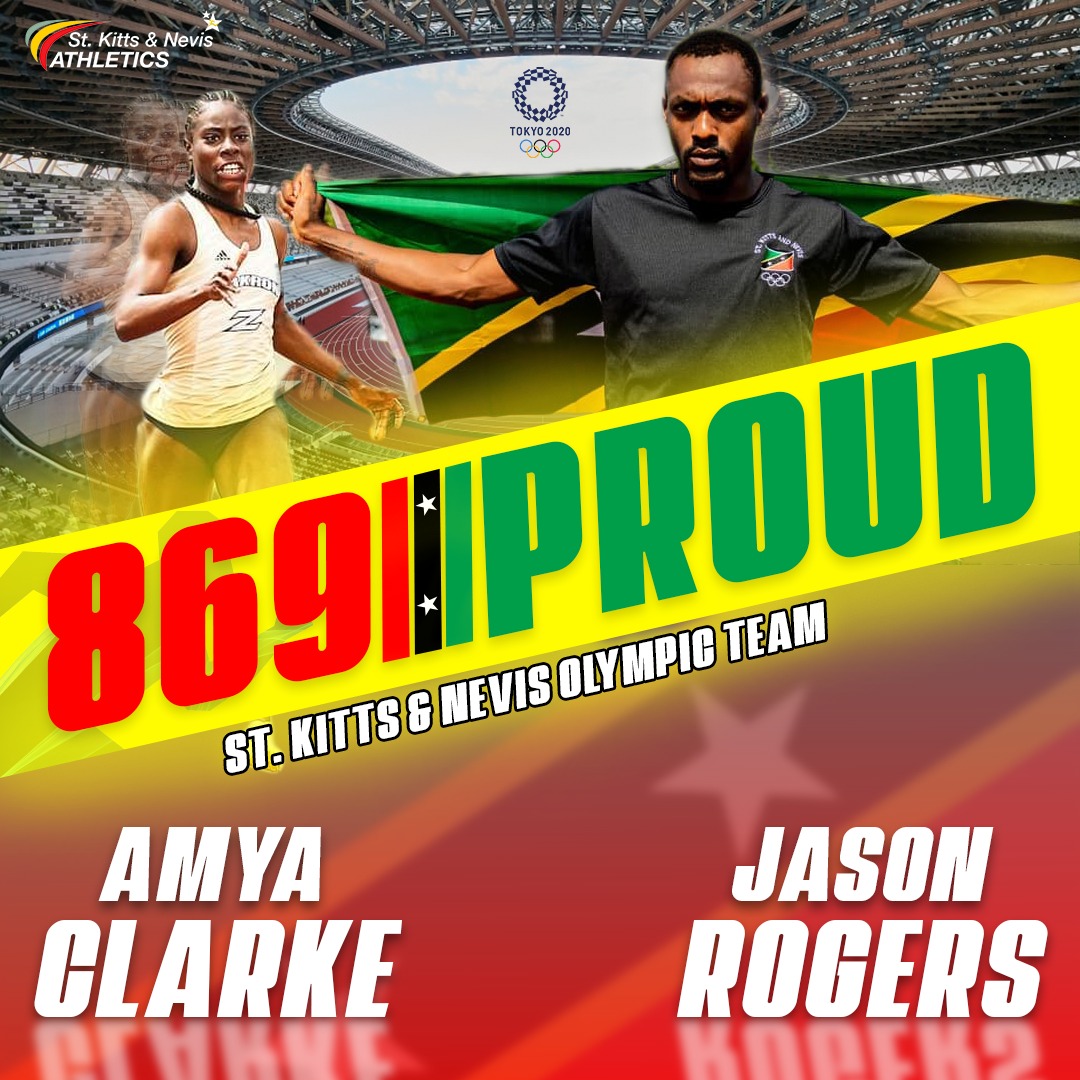 Clarke and Rogers are scheduled to compete in the Men’s and women’s 100-meter events slated for July 30th to August 1st 2021. Both athletes will participate in the Panam Sports Training Camp in Tachikawa, Tachihi — a Pre-Olympic Game training camp where athletes from 26 National Olympic Committees of the Americas will train for two weeks prior to competing in the official events.

According Delwayne Delaney, President of SKN Athletics, the 869proud campaign aims to let Jason and Amya know that the federation of St Kitts and Nevis is proud of their accomplishments thus far. “We decided to put together this campaign so that Jason and Amya are aware that the entire federation is supporting them and ultimately we are proud of what they have done so far,” Delaney said. “We want Kittitians and Nevisians to wish our athletes well by tuning into the games when Jason and Amya compete. We want SKN citizens and residents home and abroad to wear their SKN paraphernalia, share the content from our social media pages and send positive messages to our athletes.”

SKN Athletics takes this opportunity to extend heartiest congratulations and best wishes to Jason Rogers and Amya Clarke who were successfully chosen to represent St Kitts and Nevis in the 2021 Tokyo Olympic Games.