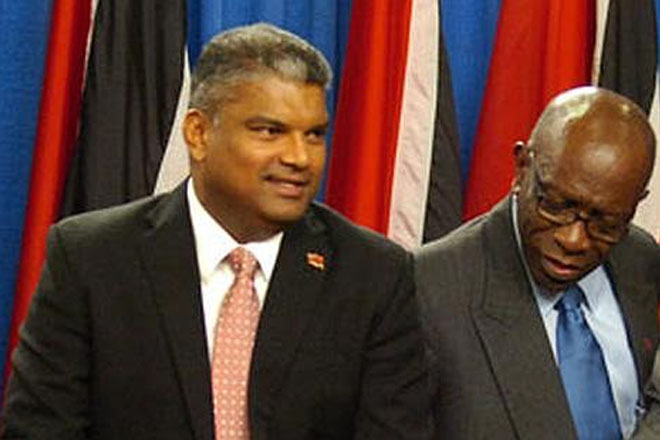 Port of Spain, Trinidad — In what is said to be one of Trinidad and Tobago’s highest ever awards for defamation, embattled former FIFA vice president and Independent Liberal Party (ILP) leader Jack Warner has been ordered to pay former attorney general in the People’s Partnership government Anand Ramlogan a total of TT$894,000 (US$141,900).

The defamatory statements revolved around claims by Warner in a speech in October 2013 that Ramlogan was the owner of 51 properties purchased by corrupt means during his tenure as attorney general. Warner has not denied making the statements but claims he was simply repeating what Ramlogan had told him in 2012. Ramlogan denied ever informing Warner of his personal business.

In his judgement Mohammed ruled that Warner had failed to prove the four defences he raised in the lawsuit.

In a social media post shortly after the judgement was delivered, Ramlogan said he felt vindicated.

He wrote: “Two years ago Jack Warner went on a political platform and accused me of corruption. He said I had corruptly acquired over 51 properties. I sued for defamation because my father taught me that when you die all you take with you is your character and reputation.

“Today, the Supreme Court of Justice rejected Jack’s defences and ruled in my favour. Justice Mohammed found the allegations were fabricated and concocted and awarded close to $1 million. It is one of the highest compensation awards for defamation in our legal history and I stand vindicated by the truth.”

Ramlogan’s attorneys agreed to a stay of execution of the judgement for one month to allow Warner to file an appeal.