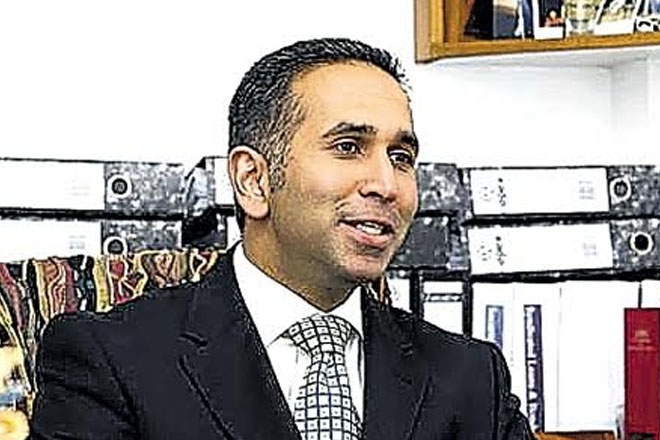 PNM public relations officer Faris Al-Rawi and attorney Stuart Young, who is also a PNM candidate, told a news conference that they had evidence that persons had received bribes to either stay away from the polls or ensure that they vote for the candidates of the ruling coalition.

“It is real, in fact on my walkabout yesterday in the (San Fernando West) constituency I had people coming up to me and literally running up to me with their camera phones showing me photographs of what can only be described as falling foul and offences that have fallen foul of the Representation of the People’s Act being conducted by persons who are part of the UNC campaign,” Al-Rawi said.

“We do actually have in our possession evidence of some of these electoral fraud taking place. We are not going to catch everybody…we are going to catch some people and they will be reported to the authorities.

“But in the meantime, it is really a plea to the right thinking citizens of Trinidad and Tobago to remain alert, to remain cautious and not to participate in these elements of electoral fraud,’ he added.

Al-Rawi told reporters that there should be a “free and fair election” in Trinidad and Tobago.

Young said that many of the irregularities were taking place in the so-called marginal seats that could determine the outcome of the elections as opinion polls predict a very close race for control of the 41 seats in the Parliament.

Al-Rawi said in some instances people are receiving as much as TT$500 (One TT dollar =US$0.16 cents) to wear jersey in support of the coalition “and there are larger inducements not to vote, but to stain the finger otherwise.

“We are mathematically inclined in the PNM. If you are offered TT$200..or TT$500 when you divide that by the number of years that you will be in power…it invites the people who are willing to accept this to value themselves at either TT$0.10 cents a day or TT$0.30 cents a day.

“You are not that cheap and you ought to be very sensible to observe the law because we are very insistent that on this occasion that we will certainly be prosecuting those persons found to be at foul with the law,” Al-Rawi said.

Meanwhile, Prime Minister Kamla Persad Bissessar has embarked on a whistle tour of the country in a bid to whip up support for her party ahead of the polls.

“We’ve come so far in the last five years building a strong economy, creating jobs, building new schools, homes, road and health centres. We’re on the right path and we need to keep moving forward to a better future.”

She said that without “votes for my candidates I won’t be able to deliver my plan for more jobs, better schools, better healthcare, safer streets and better homes for hard working families in Trinidad and Tobago”.