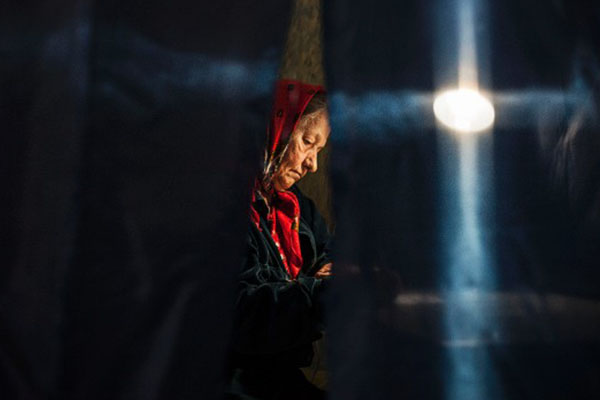 Donetsk, Ukraine (CNN) — With the clock ticking down ahead of Ukraine’s presidential elections, it’s time to talk. But it’s not thought the pro-Russian separatists at the center of Ukraine’s ongoing turmoil are invited to sit at the table.

The roundtable talks due to start Wednesday come only 11 days ahead of the elections — and at a time when the uneasy standoff between Ukrainian security forces and militants seems increasingly volatile.

But it’s not yet clear what it can achieve if the pro-Russian separatists who control a swath of territory and staged a weekend referendum on independence are not on board.

The roundtable talks will be mediated by a German diplomat, Walter Ischinger, and are supported by the Organization for Security and Cooperation in Europe, which has deployed monitors in Ukraine ahead of presidential elections due on May 25.

U.S. Secretary of State John Kerry described the discussions, expected to focus on decentralization and constitutional reform, as a “key step in the path to heal the tensions politically.”

The United States “very strongly supports this process,” he said Tuesday in Washington.

Kerry also welcomed the decision by EU member states this week to impose additional sanctions on 13 Russian and Ukrainian individuals and two Crimean companies, in connection with the Ukraine crisis.

And he said Russia “really does face a choice” over its actions in Ukraine.

“The choice is to allow the people of Ukraine to determine their own future without interference from outside and with efforts by all of us to try to assist in de-escalating the tension, removing people from buildings, pulling back security forces, counterterrorism initiatives — all of those things — in order to give the people of Ukraine the ability to breathe through the democratic process.”

Donetsk separatist leader Denis Pushilin said Monday that the Donetsk region was not only independent following the referendum, but would ask to join the Russian Federation.

Pushilin’s announcement was reminiscent of separatists’ moves in the Black Sea peninsula of Crimea, which Russia annexed after Crimeans voted to secede from Ukraine and join Russia in a March 16 referendum.

Since then, simmering tensions in eastern Ukraine have increasingly erupted into bloody clashes between Ukrainian security forces and armed separatists, prompting fears of a wider descent into violence.

Kiev has accused Russia of supporting and coordinating the separatists, but Moscow denies having direct influence over them. The activists went ahead with the referendum despite a call from Russian President Vladimir Putin to delay it.

In a sign of the escalating tensions, six members of the Ukrainian armed forces were killed Tuesday in a “terrorist attack” in the Donetsk region, the Ukrainian Defense Ministry said.

The deadly incident occurred in the village of Oktyabrski in the Slovyansk area, about 20 kilometers (12 miles) from Kramatorsk, during “a unit movement from the military base” the Defense Ministry said on its website Tuesday.

Slovyansk and Kramatorsk have become strongholds for pro-Russian separatist groups in recent weeks.

“Our soldiers were attacked in an ambush. Terrorists attacked our land troops with grenades. The attackers were more than 30 people and set an ambush near the river,” the ministry said.

“After a long shootout, six soldiers of the Ukrainian Armed Services were killed,” the statement said.

Hours earlier, the spokesman for a separatist leader in Luhansk said the self-declared “people’s governor” of Luhansk had been injured when his car was shot at by unknown attackers.

A European diplomatic source told CNN that election monitors from the Organization for Security and Cooperation in Europe had returned to Donetsk and Luhansk on Tuesday.

They were pulled out just before the referendum because of security fears and a general deterioration in the situation, the source said, adding that their temporary withdrawal was a “bad omen” this close to an election.

For an election to happen, you need security and accessibility, the source said, but the Ukrainian authorities’ “anti-terrorist” operation against pro-Russian separatists is ongoing.

While the Ukrainian military is in a “very poor” state, the anti-government forces are seen to have assault rifles, rocket-propelled grenade launchers and surface-to-air missile launchers. Their origin is unknown, but the equipment is “not something you find at a local hardware store,” the source added.