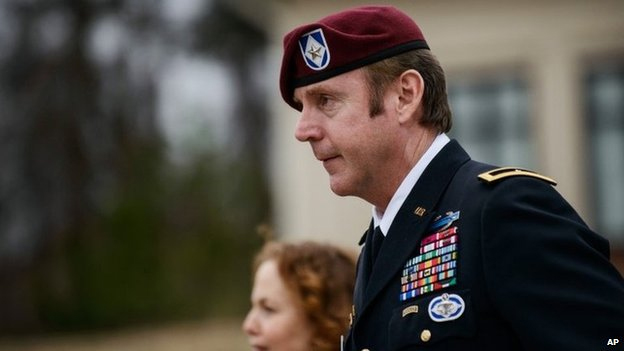 A US Army captain who accuses a general of sexually assaulting her has wept as she told a court he threatened to kill her family.

Defence lawyers said the general was the victim of an infatuated woman and a prosecution under political pressure.

The Pentagon has been pledging to stamp out an epidemic of sexual misconduct.

In two other cases to emerge on Friday:

But the case of Gen Sinclair is believed to be the highest-ranking US military prosecution to date.

He already faces a sentence of up to 15 years after admitting on Thursday to adultery and other charges deemed illegal in the military.

The former deputy commander of the elite 82nd Airborne Division could be sentenced to life in prison if convicted of sexual assault.