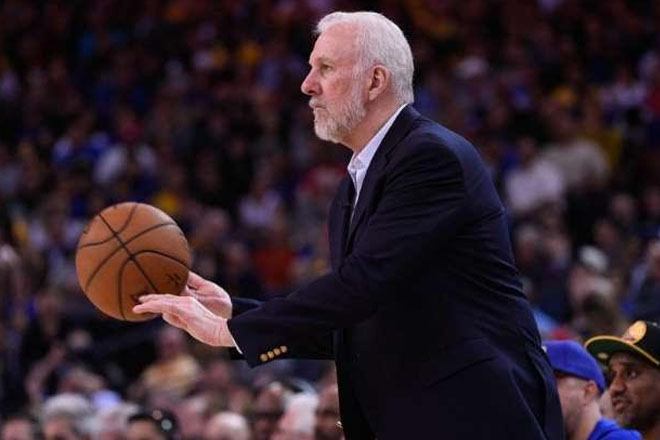 (FOXSports) – Gregg Popovich is the best basketball coach alive. There’s no position he isn’t qualified for and any team or organization would be lucky to have him. Thus, after announcing that Popovich will replace Mike Krzyzewski as head coach of USA Basketball from 2017-2020, Team USA is obviously the luckiest basketball team in the world.

Pop will lead the United States team through all their training camps, the 2019 FIBA World Cup in China, and the 2020 Summer Olympics in Tokyo.

Here’s what USA Basketball Chairman Jerry Colangelo had to say about the decision, per the team’s official press release:

“I’m absolutely delighted to announce Gregg Popovich as head coach of the USA Basketball Men’s National Team for 2017-20. There is no doubt in my mind that we have the great fortune of bringing on board one of the NBA’s best and most successful coaches ever to lead the USA National Team for the 2017-20 quadrennium. By making this decision now, it will allow us to have a clean, efficient and immediate transition following the 2016 Olympic Games.”

“I’m extremely humbled and honored to have the opportunity to represent our country as the coach of the USA National Team…What the program has accomplished over the last decade under the leadership of Jerry Colangelo and Mike Krzyzewski is truly impressive. I will do my utmost to maintain the high standards of success, class and character established by Jerry, Coach K and the many players who have sacrificed their time on behalf of USA Basketball.”

The only thing mildly surprising about this move is Colangelo’s decision to select such an old coach. Popovich is 66, and will be 70 during the 2020 Summer Olympics. There’s a reason he didn’t lock himself into any more time, and it’s smart to announce the timetable as USA Basketball did.

From a performance standpoint, if Team USA performs as unselfishly as the San Antonio Spurs, you might as well hand them the gold medal tomorrow.