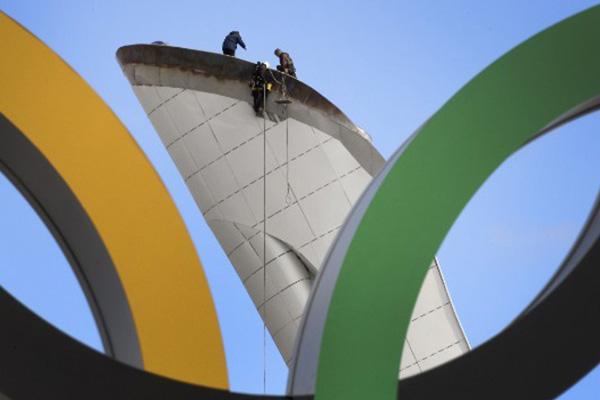 Vladimir Putin arrives in Sochi ahead of Winter Olympics

Putin is on a “working visit” to Sochi, with only three days to go before the Games open Friday, state news agency RIA Novosti reported.

A leopard rehabilitation center was the first stop on Putin’s schedule. The animals at the center, which opened nearly four years ago, are under the President’s personal protection, state media say. One of them is reportedly a 6-month-old leopard kitten called Thunder.

Putin will also attend several events held by the International Olympic Committee on Tuesday, including the opening of the 126th IOC session, where he will meet with IOC President Thomas Bach.

Bach on Monday addressed criticism of the cost of the Games, saying that huge sums spent on improving infrastructure should not be wrapped into the total cost, according to RIA Novosti.

“The costs (of the Sochi Games) do not exceed previous Olympics,” he said.

“To transform a little bit old-fashioned summer resort into a modern, year-round sport and tourist destination — you can see this transformation — these are not Olympic costs. This is the transformation of a whole region, and the Games serve as a catalyst for this kind of development.”

Russian Deputy Prime Minister Dmitry Kozak last year put the total cost at $51 billion, which would make the Sochi Games the most expensive ever held.

But Russian officials now put the cost of the Games at $6.4 billion, saying the money spent on improving transport links, power supplies and sewerage should not be included in the sum.

Concerns have been raised that some of the hotels built for the event aren’t ready to welcome journalists and athletes as planned.

But Bach said only 3% of hotel rooms are unfinished, RIA Novosti reported. Citing the Russian organizers, the IOC chief said that the people affected would be offered alternative accommodation and that outstanding issues would be resolved in time for the Games.

In the seven years since Russia won its bid to host the 2014 event, authorities have built a highway, a high-speed train line, electric power stations and an entire series of resort villages in the Caucasus Mountains, where the alpine sport events will take place. It has also built tens of thousands of new hotel rooms.

Security concerns have also dominated the run-up to the Games, with a “ring of steel” imposed around Sochi.

Russian security forces have cracked down on suspected militants in the restive North Caucasus republic of Dagestan and elsewhere in recent weeks, after a twin suicide bombing in the city of Volgograd in December.