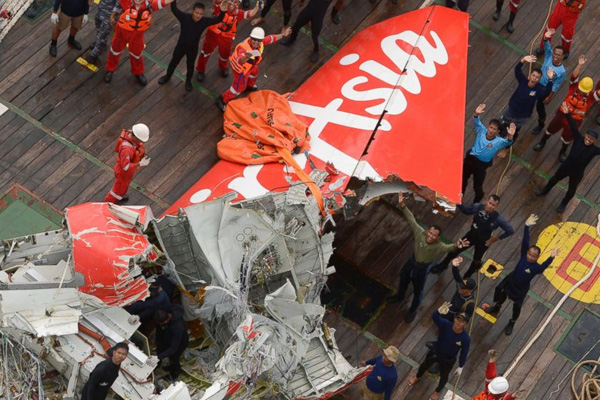 With no bodies found in past week, AirAsia Flight 8501 main search ends

(CNN)– The big search is over.

“These past two months have been the hardest times for all of us at AirAsia and for the families of QZ8501 passengers,” AirAsia Indonesia CEO Sunu Widyatmoko said. “No words can express how grateful we are for all the prayers, love and support given us.”

He was referring to the nightmare that the airline and, especially, the loved ones of the 162 people on board the Airbus A320-200 jet have been experiencing since its crew lost contact with air traffic controllers on December 28. Indonesian Transportation Minister Ignasius Jonan later explained the plane climbed rapidly, then stalled shortly before it crashed.

Unlike Malaysia Airlines Flight 370, which disappeared a year ago and still hasn’t been located, there has been less mystery and more closure over Flight QZ8501.

That’s because searchers did find remnants from the AirAsia aircraft and the remains of some passengers in the Java Sea. That included the jetliner’s fuselage, the last major piece of which was recovered late last month and brought into a Jakarta port earlier this week.

As of Tuesday, authorities had identified the bodies of 94 who had been on the AirAsia plane, with six other bodies still in Surabaya’s Bhayangkara Hospital.

Yet that leaves scores of other families still waiting.

The decision to call off the main search stems from the fact no more human remains were found in the past week, Soelistyo explained.

But that doesn’t mean authorities won’t be looking at all.

There will be a smaller-scale operation, involving divers and three vessels, over the next week, according to Indonesia’s National Search and Rescue Agency.

After that, the plan is to call off the search entirely.