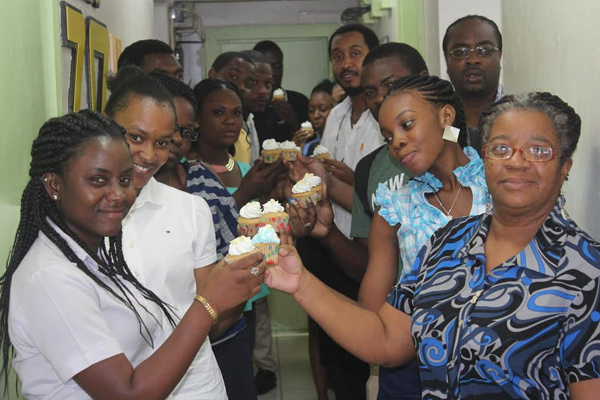 Obviously elated at the station’s accomplishment, chairman of ZIZ’s Board of Directors, R.A. Peter Jenkins, was especially grateful to the company’s founders and longstanding staff members.

Of all of ZIZ’s accomplishments, Senior Technical Officer for the St. Kitts and Nevis information service Giles Dickinson, says he is most pleased with the company’s technological advances.

Meantime, Kervin Lloyd, an information officer attached to SKNIS weighed in on the company’s 53rd anniversary.

“ZIZ is a true national institution that reaches everyone,” were the words of former ZIZ employee, now director of the St. Kitts and Nevis information service, G.A. Browne who too lauded the establishment.

It was a day filled with pomp for the past and present employees of ZIZ Broadcasting Corporation which opened its doors on March 5th 1961.

ZIZ radio, 96.1fm, operates 18 hours daily from 6am until 12midnight while ZIZ television is featured daily on local channel 5 from 11am to 12midnight.