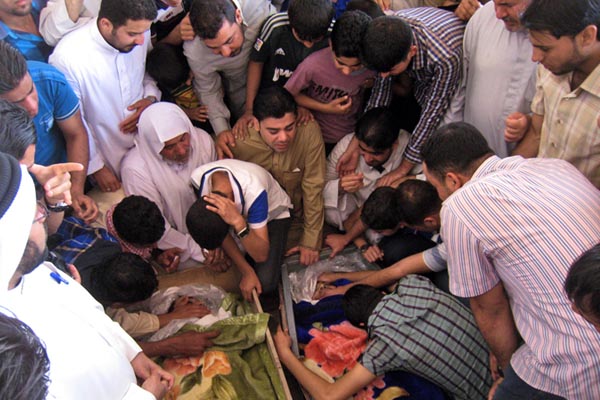 (CNN) An attack in western Iraq toppled a bridge and killed seven people Wednesday, continuing a recent wave of attacks in the area.

The suicide attack occurred near a police checkpoint on a bridge in the town of al-Rutba in the province of Anbar, police said.

Four police officers and three truck drivers were killed. The attacker also died and the bridge was destroyed, authorities said.

This comes after attacks in the same town at security checkpoints Tuesday left at least 12 police officers dead and 24 wounded, police said.

The town of al-Rutba, is a predominantly Sunni Muslim community that for a few years was an al Qaeda stronghold after the 2003 U.S-led invasion of the country.

Sunnis, who represent a minority of Iraqis, have felt politically marginalized since the overthrow of Saddam Hussein in 2003 by Shiites, who outnumber them.