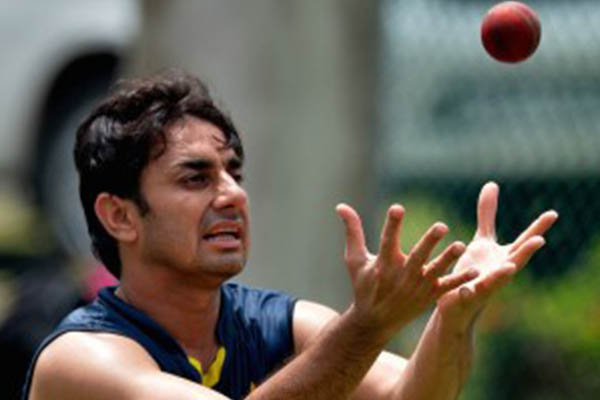 Ajmal heads to Brisbane for testing

Pakistan offspinner Saeed Ajmal will leave Colombo for Brisbane early on Sunday to have his bowling action tested at the Australia National Cricket Center, a newly ICC-accredited facility. He is set to miss the first of three ODIs against Sri Lanka on August 23, and could be unavailable for the second match as well on August 27.

“There is a possibility that he [Ajmal] may join the team on August 26,” a PCB spokesperson told ESPNcricinfo. “Although his test is scheduled for August 25 in the laboratory, it depends on how much time he requires there. If the process is completed in one day then he will take an immediate flight to Sri Lanka to join the team.”

Ajmal’s action was reported by the onfield umpires and the match referee after the first Test against Sri Lanka in Galle earlier this month. ESPNcricinfo understands the ICC report had mentioned that about 30 to 35 deliveries from the match were under the scanner. Ajmal is free to continue bowling until the results of the test are known.

This is the second instance of Ajmal being reported for a suspect action. In April 2009, he was reported for bowling the doosra, and was cleared the following month. This time, however, it is not just the doosra that is under scrutiny.

The issue of suspect bowling actions had came up during the ICC cricket committee meeting in June, where there was a general consensus among members that the current methods used to detect illegal actions were imperfect. It recommended changes to help match officials get more support from biomechanists in order to identify illegal actions with “more confidence”.

In the last couple of months, Sri Lanka offspinner Sachithra Senanayake and New Zealand’s Kane Williamson were reported and subsequently banned from bowling due to illegal bowling actions.