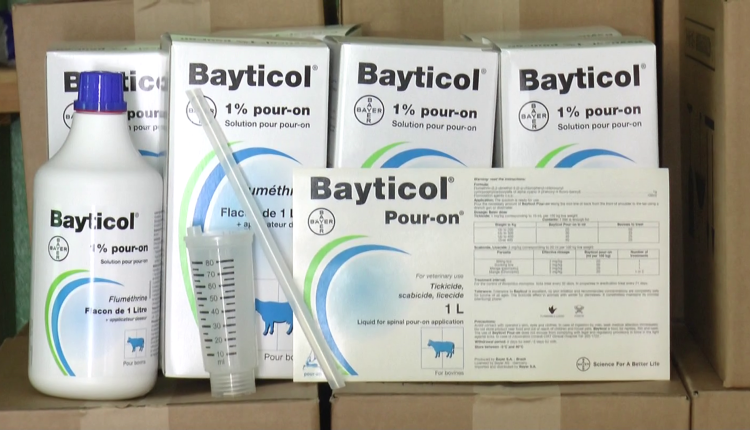 Bayticol is Here; Emergency Supply Has Arrived in St. Kitts

Director of Agriculture, Melvin James made the announcement during an interview with ZIZ on Monday.

Bayticol is a pesticide that kills ticks on infected animals specifically cattle. Unfortunately, there has been a shortage of the substance which is needed to treat Dermatophilosis, a skin disease caused by a parasite commonly known as the tropical bont tick.

The Agriculture Director said the product was shipped from France at a cost of $350 per litre.

He urged farmers to use the Bayticol sparingly considering that there is a low supply in the region. He also explained that it is really important to use and apply the pesticide as instructed to see best results.

80 percent of cattle on St. Kitts have been affected by the disease and in some cases, sheep and goats have also been infected.

Mr. James said the Department of Agriculture has already placed an order of another 400 litres of Bayticol that is expected to arrive at a later date.