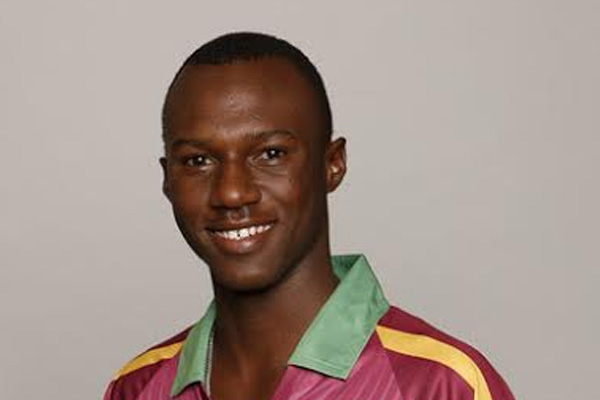 The 22-year-old Blackwood, uncapped at the senior international level, and the left-hander Leon Johnson, 26, replace middle-order batsman Marlon Samuels and left-handed opener Kieran Powell in the 14-member set-up for the match which begins tomorrow in Trinidad & Tobago.

“It definitely doesn’t come as a surprise to me,” Bennett told the Sunday Observer yesterday.

“I’ve always believed that once he’s selective (in his stroke play) then he will score big runs. It’s an opportunity and I hope that he grabs it with both hands and makes the best use of it.”

The middle-order batsman, who made his first-class debut in 2012, has been criticized for not getting bigger scores because of his uncompromising attacking tendency, but this season he has significantly curbed that instinct.

In his first full season of domestic first-class cricket, he headed the overall run-scoring charts with 611 runs in eight matches as Jamaica won the Headley/Weekes Trophy.

The highlight for the usually explosive right-hander were knocks of 94 and 118 — his maiden first-class hundred — during the final against the Windward Islands.

“If you notice this year, especially the latter half of the season, he started to bat long. Once he bats long he is going to score runs. He is an aggressive player and you don’t want to take that away from him.

“He demonstrated that in the latter part of the first class tournament and in the HPC matches against Bangladesh. He has been scoring runs, but don’t look at the runs alone, look at the number of deliveries to score them,” Bennett explained.

The veteran coach, who has overseen the transition of many players from the junior to the senior ranks, is confident that Blackwood has the tools to excel at the highest level.

“He has the ability and the talent to really go on and do well at that level there. He’s young and has a bright future so once he remains focused he can get the job done,” Bennett said.

Johnson, the Guyanese top-order batsman, played three One-Day Internationals for the West Indies in 2008. He scored three fifties in two matches against Bangladesh ‘A’.

The 33-year-old Samuels, enduring a dismal run with the bat, was axed after he made a pair [zero in both innings] in West Indies’ 186-run loss in the first Test in Jamaica, while the 24-year-old Powell, also struggling for form, made 28 and a duck.