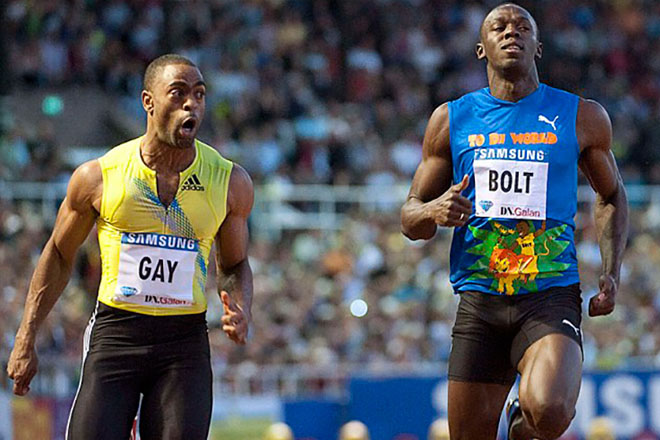 Kingston, Jamaica CMC — Sprint sensation Usain Bolt has blasted Tyson Gay’s return to track and field saying the American should have been banned for life for doping.

“You have to drive fear into athletes, to make them think about the consequences of their actions,” declared Bolt, the six-time Olympic gold medallist.

“If they’re getting an easy penalty why would they care?”

Gay, the former 100m and 200m world champion, tested positive for a banned anabolic steroid at the US Outdoor Championships in 2013.

However, he was surprisingly back in action last June, after what could have been a two-year ban was reduced because of his cooperation with US anti-doping officials.

“The message should be: ‘If you cheat, you’re going to be kicked out of the sport”.

“I’m not looking forward to competing against Tyson. I respected him so much over the years. He was a competitor (who) kept me on my toes, and he pushed me to always do my best. I’m not worried about him beating me,” said Bolt.

“He (Gay) got a year just because he talked to the authorities about how it was done and who helped him. That sends the wrong message: If you do it and get caught, just tell us all you know and we’ll lower your ban.”

Gay is scheduled to compete at the May 9 Jamaica International Invitational Meet at the National Stadium.