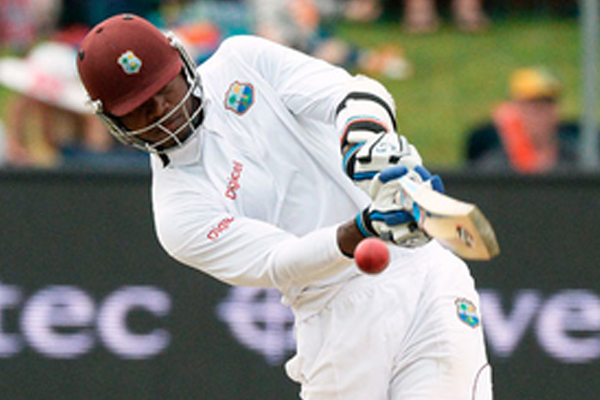 Floundering at 55 for two after losing two quick wickets just before tea, West Indies were revived by Brathwaite’s top score of 65 and Samuels’s 60, to reach 147 for two when bad light ended play at 5:45 pm at St George’s Park.

The pair has so far added 92 for the third wicket, a partnership that proved critical after opener Devon Smith (22) and Leon Johnson fell in successive deliveries to seamer Morne Morkel, in the third over before the tea interval.

However, Brathwaite remained steady, carving out his seventh Test half-century in his 16th match, facing 125 balls and striking eight boundaries.

Samuels, meanwhile, took the attack to the South African bowlers, hitting nine fours in an innings that has required just 92 deliveries.

Their combined efforts left West Indies 270 runs behind on first innings, after South Africa declared on 417 for eight about half-hour after lunch, following a cameo half-century from Dale Steyn that hurt West Indies momentum.