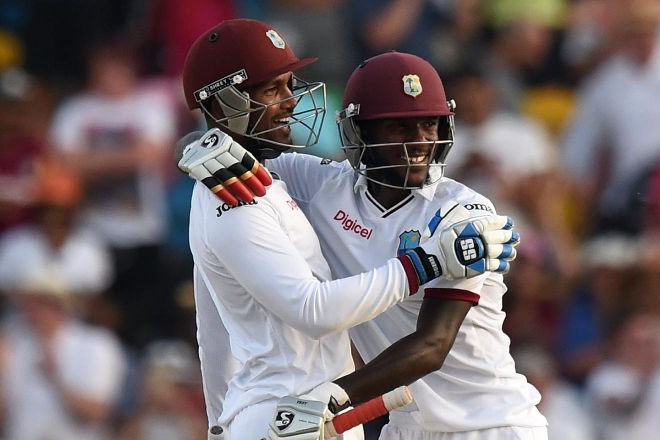 Sports Page — West Indies turned what looked likely to be a nail-biting chase into a canter over the line as the evening shadows enveloped Kensington Oval to secure a hugely notable shared series. Darren Bravo and Jermaine Blackwood, both reining themselves in from their natural preference to attack when the game was in the balance, formed the decisive partnership of 108 for the fifth wicket.

Bravo played with great maturity for 82 off 148 balls, taking West Indies to the brink of victory with a flourish of boundaries only to pick out mid-off with four needed. Blackwood, given a life on 4, remained unbeaten and completed an outstanding Test – and productive series – by showing levels of restraint that had not always been on show at other stages of the three matches and lofted the winning shot down the ground. It was the stand-out period of batting in a game dominated by the bowlers, although showed up much of the batting that preceded it.

Bravo and Blackwood came together with the innings teetering on 80 for 4 when Shivnarine Chanderpaul, looking a shadow of the player who has carried West Indies for so long, dragged on to James Anderson’s first ball after tea. With an eye to the future, it could be very significant that West Indies held their nerve without a major contribution from Chanderpaul. It might not be the end for him yet, but it can’t be far away.