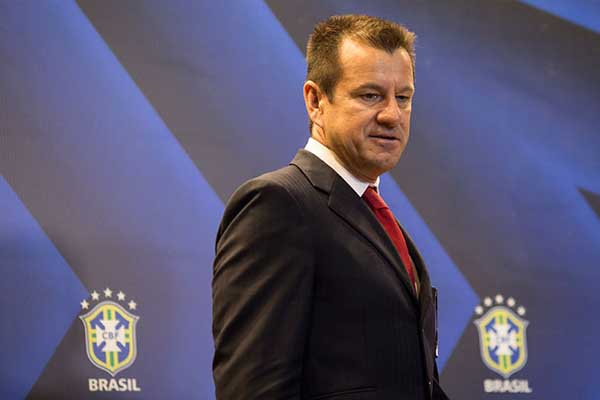 (CNN) – There is a new man tasked with fulfilling Brazil’s World Cup destiny.

But for a nation still smarting from the pain of that humbling 7-1 semifinal defeat to Germany, the announcement that Dunga is back in charge might raise a few eyebrows.

The 50-year-old is a legend in the country after making 91 appearances for “A Selecao” and leading the side to World Cup glory as captain in 1994.

And yet during his previous four-year spell as coach of the national team, he could only take Brazil to the quarterfinals of the 2010 tournament, as they lost to Netherlands.

After that pummeling by eventual winners Germany – Brazil’s biggest ever World Cup defeat – they were then beaten 3-0 by Netherlands in the third place playoff.

Such a dramatic conclusion left the nation in shock and Scolari, who took responsibility for the horror show against Germany, stepped down last week.

Now Dunga is determined to put a smile back on the fans’ faces.

“I am immensely happy – thank you for your confidence in me,” he said in a press conference, after taking control of the five-time world champions.

“The fans are very down right now but they are right behind the team which means so much to them.

“I am not here to sell a dream, we must get down to work. We must get results and forge a side for 2018. This team is very young. We must find the way to blend new players with those who have more experience.