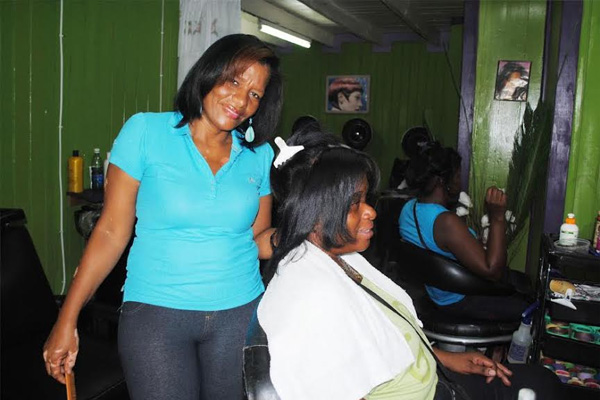 Businesswoman whose grandparents migrated to Santo Domingo gets WISE boost

Basseterre, St. Kitts — Last year’s International Women’s Day celebrated on March 8, which was a Friday, was a turning point for women in small businesses in the Federation. Among those benefitting was Ms Miriam Altagracia, granddaughter of Kittitians who had migrated to the Dominican Republic in search of a better life.

“Women in Small Enterprise (WISE) programme ultimately aims to facilitate the provision of employment opportunities for participants and enable them to contribute to productive socio-economic development,” according to Mr Hanley. “Participants must be nationals of St. Kitts and Nevis, be at least 16 years of age, have an existing small enterprise, and participate in a micro-enterprise training programme.”

WISE seeks to empower prospective and existing women in small enterprises through the provision of micro-finance grant support of up to $5,000 for enterprise development and through training micro-enterprise management. Of the amounts provided, an entrepreneur is expected to pay back only half of the amount, interest free.

Ms Miriam Altagracia, since returning to the land of her grandparents nearly seventeen years ago, has regularised her status by acquiring the citizenship of St. Kitts and Nevis as a descendant of Kittitians, even though she was born in the Dominican Republic.

She has participated in building her nation by opening a beauty salon which not only renders service to people who require such services, but also contributes to the growth of the economy by employing persons in her business which is located on Cayon Street since October 2013.

“I used to operate from Newtown,” said Ms Altagracia. “I was in Newtown for 10 years, and since I got the grant from PEP on March 8 last year, my salon grew and because I needed new clientele, so I moved to Basseterre’s Central District which is more prominent.”

According to Ms Altagracia, she approached PEP last year after someone told her that it was promoting women in small businesses by providing them with grants to improve their business and that is something that she would have wanted because her location in Newtown was not exposing her to as many clients as she would have wanted.

“I took my name and they took my notes and after they tell me they say they had a party for Women Day in 2013,” explained the Spanish-speaking Ms Altagracia, who is now fluent in English. “After I applied for the grant, it took about ten days before I got the cheque.

“That was quick. The grant has helped my business. I bought products for use at the salon and I also bought a blow-dryer. The products were bought locally from a supplier of beauty products. When I got the cheque it was International Women’s Day, and I say that was a miracle, so when I get the money I went to buy the products that I need for the salon. That has helped me a lot.”

Ms Altagracia said that the People Employment Programme is one that looked after the welfare of all the people in the Federation, because even though she now has the citizenship of the country, she is from the Dominican Republic where her grandparents had gone in search of a better life.

Terms of the WISE grant are that of the amount one receives, one has to pay back half of it interest free so that other persons can also benefit, while the other half is the grant. Ms Altagracia has kept her part of the bargain as she pays regularly and at the office, Ms Kadijah Harris the WISE Officer confirms it.

“PEP does not discriminate and takes care of all the people,” said Ms Altagracia. “Anybody, people from Santo Domingo, if they need help they could go to the government and to the PEP programmes and explain to them what they need and they will certainly be assisted like I was.”