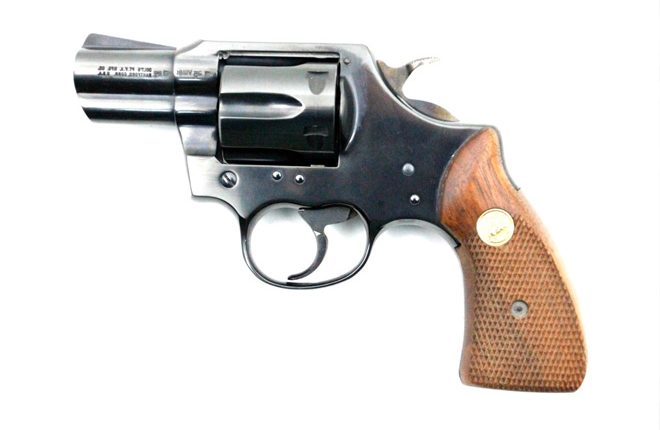 (RSCNPF): Ongoing search operations this weekend May (12-14) by the Royal St. Christopher and Nevis Police Force is continuing to bearing fruit with the removal of two (2) more illegal firearms and ammunition from our communities.

Officers acting on information received, searched a plot of land in the Cedar Grove area on Saturday night (May 13) and discovered and seized the two illegal firearms.

Seized were one (1) Smith and Wesson .357 pistol with three (03) rounds of ammunition and one (1) Diamondback 9mm pistol with a magazine with ammunition.

Head of the Special Services Unit, Superintendent A. Adams said, “I want to commend our officers and encourage them to stay focussed and vigilant.” He added, “even though no one has been held responsible for the find, it is satisfying to see that we are taking these illegal firearms from our streets.”

Adams expressed, “A total of six (6) over the last days is encouraging and says we are on the right track. We will stay focussed.”

The Royal St. Christopher and Nevis Police Force continues its appeal to residents and citizens to come forward and share any information they may have with regards to crime and criminal activity. Citizens can do so by calling any Police Station, Crime Stoppers at 1-800-8477 or by using the SKN Crime Reporter App on a Smartphone.

This seizure brings to twenty-one (21) the number of illegal firearms removed from our communities so far in 2017.