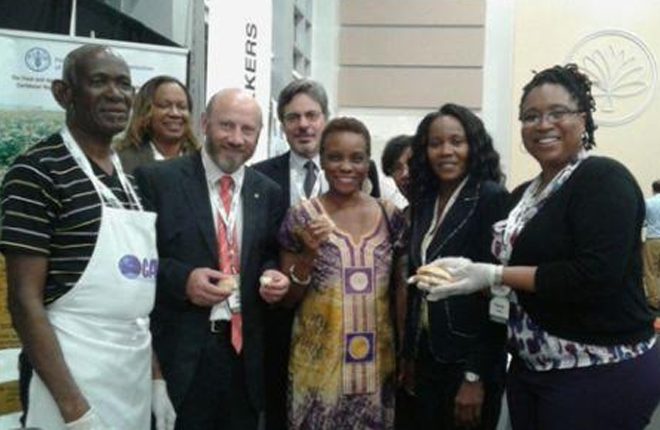 GEORGE TOWN, Cayman Islands — At least three Caribbean countries – Barbados, Grenada and Trinidad and Tobago – are selling sliced bread made partly from cassava flour instead of only regular wheat flour and another five have had training in a bid to have the region use more cassava and its products, this according to Dr. Lystra Fletcher-Paul from the Food and Agriculture Organisation (FAO) Caribbean office.

“Bakers from eight CARICOM countries have been trained in using grated cassava and/or cassava flour to replace up to 40% wheat flour,” said Fletcher-Paul, while addressing the opening ceremony of the Caribbean Week of Agriculture on Wednesday, October 26 in the Cayman Islands. “Supermarkets in Barbados, Grenada and Trinidad and Tobago now sell sliced bread made from 40% cassava.”