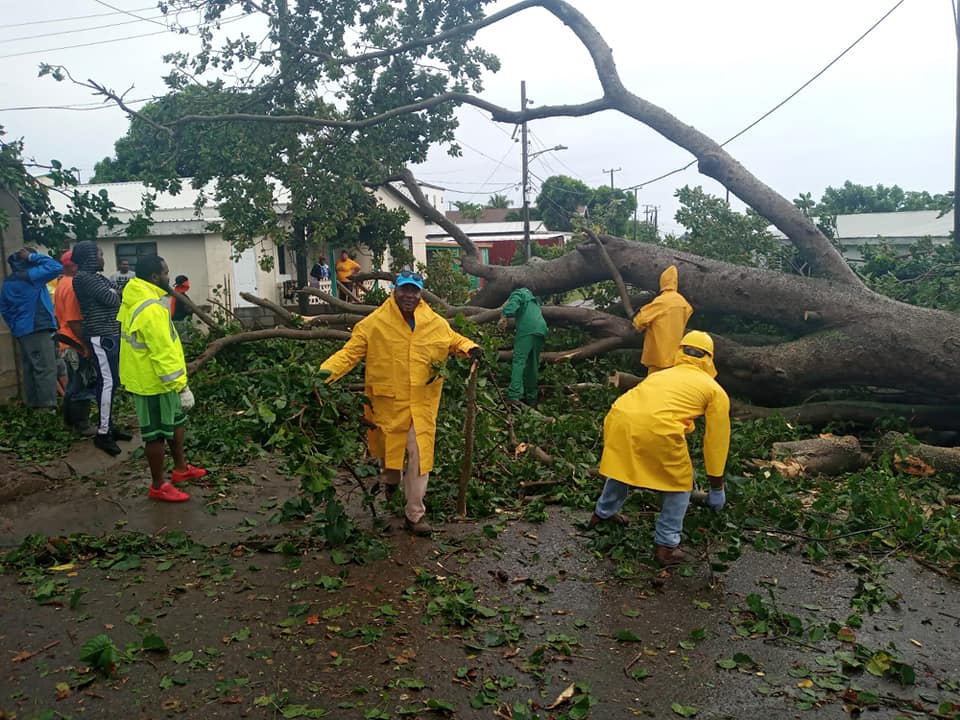 A senior official of the National Emergency Management Agency is praising the quick action of Cayon residents who responded to the damages caused by the passage of Tropical Storm Laura on Saturday in their area.

ZIZ News caught up Deputy National Disaster Coordinator, Claricia Langley Stevens in Water Works on Saturday where she said a large Sandbox Tree said to be more than 200 years old was blown into the road near the Anglican Church cemetery, damaging power lines and blocking traffic.

Mrs Langley Stevens said before she even arrived on the scene the residents were already out clearing the area and using tools to break down the tree to get it out of the road.

She commended their quick action.

“I am particularly impressed because the community did not wait for first responders,” she said. “They started using their own tools and equipment to start cutting the tree into pieces to get it out of the roadways and their making tremendous success.”

Mrs Langley Stevens said the tree reportedly fell at about 2 am and the residents were in action just after the all clear at 6 am.

The District Manager, police officers, SKELEC and The Cable representatives were also on site making assessments and repairs.

The tree was removed and the flow of traffic resumed by Saturday evening.