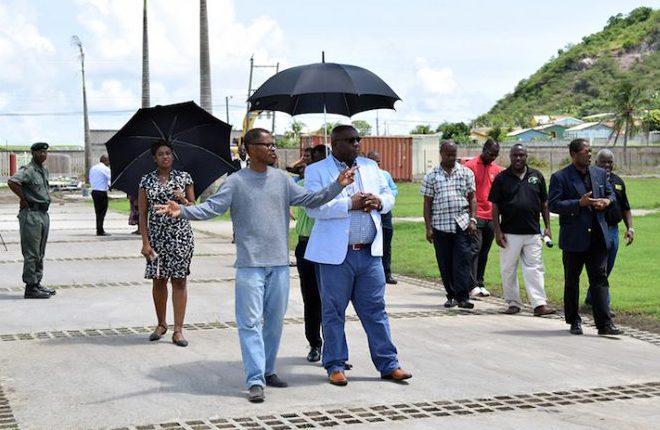 (Basseterre, September 12, 2018, ZIZ News) The statues of the five national heroes of St. Kitts and Nevis will be unveiled at the National Heroes Park next Monday during the annual ceremony that pays tribute to the foremost nation builders of the twin-island federation. It is the first time that all five national heroes will be found in one place dedicated to them, making the moment a historic one.

The ceremony will feature a guard of honour from the St. Kitts-Nevis Defence Force and the Royal st. Christopher and Nevis Police Force. Permanent Secretary in the Office of the Prime Minister, Osbert Desuza, said the profiles of each National Hero will be read at the ceremony and the statues officially unveiled. He said the occasion will be a special one.

In addition to mounting the statues, construction of the welcome center is essentially complete. It features an exhibition wing where information on and pictures of the five prominent figures will be on display. Offices for staff Are hosted in the centre’s administration wing. Restroom Facilities are under construction.

Mr. Desuza said that the atmosphere at the facility has been Greatly enhanced and persons will be in for a treat on Monday.

The ceremony will be attended by government officials and other dignitaries as well as family members and friends of the late right excellencies Sir Robert L. Bradshaw, Sir C. A. Paul Southwell, Sir Joseph N. France and Sir Simeon Daniel as well as the Right Excellent and Right Honourable Sir Kennedy A. Simmonds, the only living National Hero.

Sunday, September 16, is National Heroes Day in St. Kitts and Nevis. However, because the 16th falls on a Sunday this year, The public observances will occur on the following day – Monday, September 17.