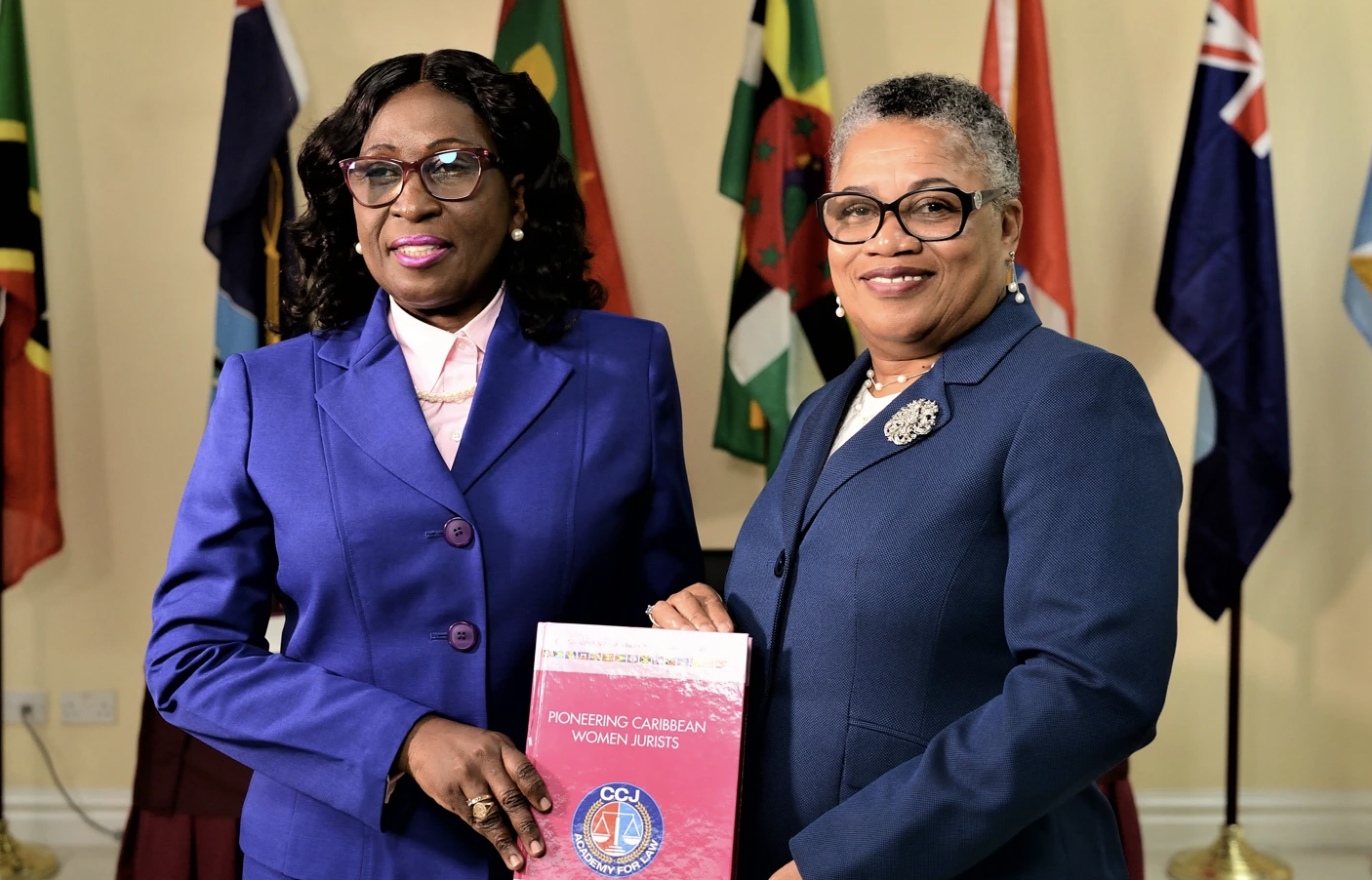 On Oct 15, 2021
Dame Janice was honoured for her sterling contribution to the jurisprudence of the Eastern Caribbean and her leadership in the Judiciary at the official launch of the book, Eminent Caribbean Jurists: Pioneering Caribbean Women Jurists on Tuesday, 12th October 2021.  The book was presented to Dame Janice by Her Ladyship, The Hon. Madam Louise Esther Blenman, Justice of Appeal of the Eastern Caribbean Supreme Court in the Bougainvillea Conference Centre at the Bay Gardens Hotel in Rodney Bay, Saint Lucia.  The book details the significant achievements of Dame Janice and other honourees.

Dame Janice has brought to the Eastern Caribbean Supreme Court innate wisdom and a wealth of experience in the practice of law at both the public and private Bars. Her Ladyship’s philosophy is founded on the precept that the function of law is to promote justice and that the role of the Court is to apply the law in a just manner.  Dame Janice’s transformational leadership style is encapsulated in a personality that is both engaging and composed, commanding both respect and admiration.

Following the official book presentation, Dame Janice thanked the Judicial Officers, Management and Staff of the ECSC for their unwavering support and her husband, Mr. Joseph Pereira, for always being a tower of strength.  Her Ladyship then shared that she learned from her father at a very tender age that “hard work never killed anyone”, and that her mother always instilled in her the courage to be able to stand up for her convictions and that those lessons have guided her along the way.  Dame Janice accepted the recognition on behalf of her parents of blessed memory and other members of her family as well as all the little girls of the Eastern Caribbean who dream of one day becoming Chief Justice.

The Judicial Officers, Management, and Staff of the Eastern Caribbean Supreme Court Headquarters and the Court Offices in each Member State and Territory extend warm and heartfelt congratulations to Her Ladyship on this signal achievement.