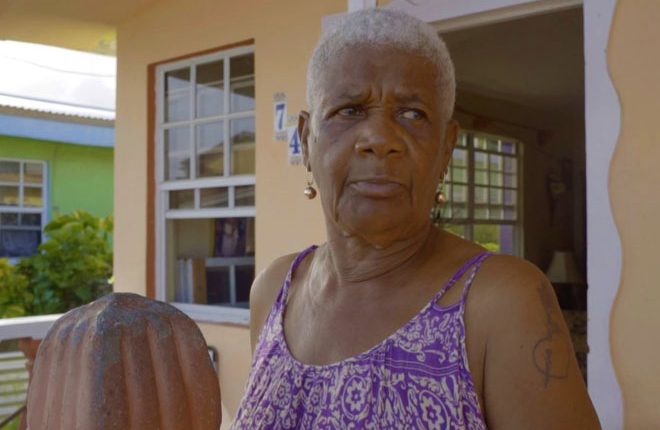 Basseterre, St. Kitts, September 27, 2018 (SKNIS): Across the country, there is ample evidence that something good is happening as the Government of National Unity continues to bring satisfaction and joy to many citizens and residents by repairing their roofs that were damaged in the very active and catastrophic 2017 Atlantic Hurricane Season.

As the 2018 Atlantic Hurricane Season is at its peak, it is necessary that citizens and residents have a sturdy roof that will mitigate the chances of damage. The government’s roof repair project is doing just that.

In several interviews, persons demonstrate their appreciation that their roofs are being fixed. One such person is Yvonne Chumney.

“I am so grateful to my government that did my roof for me,” she said. She also recorded thanks to Prime Minister, Dr. the Honourable Timothy Harris.

Last year, Ms. Chumney’s home was damaged by the passages of Hurricanes Maria and Irma.

The project, which started in April of this year, has seen an average of forty roofs being repaired each week. Over 400 persons have gained employment on the project since it started.

The government is providing the roofing materials and financing the labour costs to those affected through the Office of the Prime Minister with support and guidance from the Ministries of Social Development and Sustainable Development.

According to figures released by the National Emergency Management Agency (NEMA), there were 1,114 reported cases of homeowners with damaged roofs to varying degrees throughout St. Kitts due to the tropical cyclones. The official 2018 Atlantic Hurricane Season began on June 1. 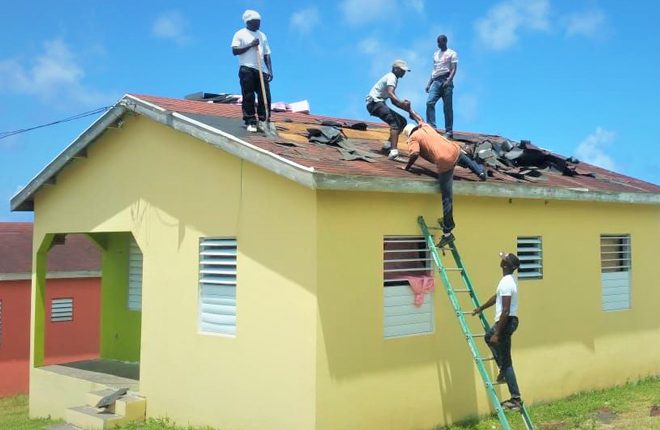