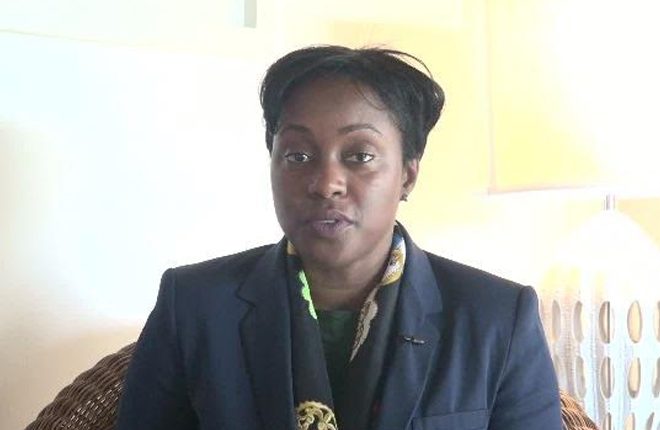 NIA — Dr. Tres-Ann Kremer, Political Adviser with responsibility for the Caribbean at the Commonwealth Secretariat, praised the Ministry of Social Development in Nevis Island Administration (NIA) for its efforts at mobilising the region in the implementation of the United Nations (UN) Agenda 2030 Sustainable Development Goals (SDGs).

Her applause came at the end of the two-day Sub-Regional Forum for Women on the Sustainable Development Goals held recently at the Mount Nevis Hotel.

“We commend that effort because it was an effort to mobilise the region towards building the capacity of government institutions, raising awareness and developing a plan as to how the region could approach gender disparity and issues around women and gender, that could enable acceleration of the Sustainable Development Goals in the region,” she said.

Ms. Kramer described the response from participants as heartening. She said it was clear that delegates found the forum very useful and provided impetus to the efforts that are being pushed in the various governments in the region.

The forum was supported by governments from across the region and both multi-lateral institutions including representation from the Commonwealth Secretariat, the Organization of American States (OAS) and the United Nations Development Programme (UNDP).

Meantime, in an invited comment on the implementation of the SDGs, Dr. Kramer explained that one of the first efforts is that of awareness which she believes was accomplished by the conference.

“I think this conference did just that – raising awareness in the region about the importance of gender in achieving the Sustainable Development Goals, in particularly Goal 5 which deals with gender equality in all spheres of life and in particular Goal 16, which speaks to inclusiveness across areas, in order to enable access to justice and also peaceful societies globally,” she said.

Dr. Kramer, also stated that in the region, there is a good response to gender equality, especially as specific actions have been identified by various focal points, in terms of moving toward the implementation of the SDGs.