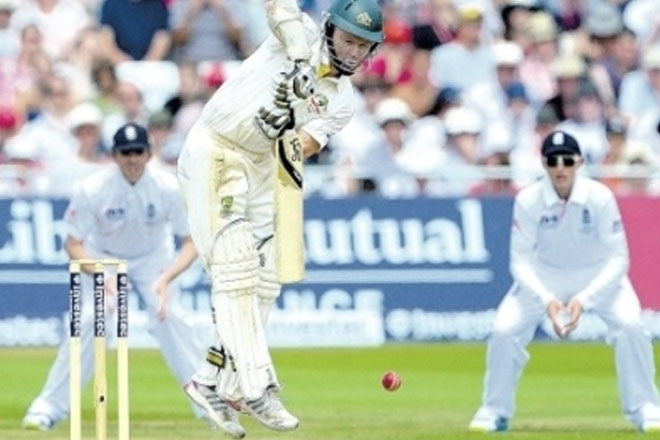 Sydney, Australia (AFP) — Australian opening batsman Chris Rogers has been ruled out of this week’s first Test against the West Indies with concussion after being struck on the helmet in the nets.

Rogers took the hit during a practice session in the West Indies on Sunday and showed signs of mild concussion including headache and dizziness, Cricket Australia said on its website Tuesday.

In line with Cricket Australia’s guidelines, team doctor Peter Brukner made the call to rule the 37-year-old out of the Test, which starts in Dominica on Wednesday, and informed captain Michael Clarke and coach Darren Lehmann of his decision.

“I assured Michael if it was him or anyone else we would make exactly the same decision,” Brukner said.

“This is a black and white rule now. If someone is concussed, they don’t play. He was disappointed. Obviously nobody wants to miss a Test match.

“I’ve spoken to the players and explained the decision to them and said that’s the way we operate, that’s our policy and it won’t be any different no matter who the player is,” he added.

Brukner said he expects Rogers to recover in time for the second Test in Jamaica next week.

It is the first time since Rogers was recalled to the Test team in 2013 that he has missed a match and opens the way for Shaun Marsh, who made a century as an opener in last week’s tour match in Antigua, to take his spot in the batting order.