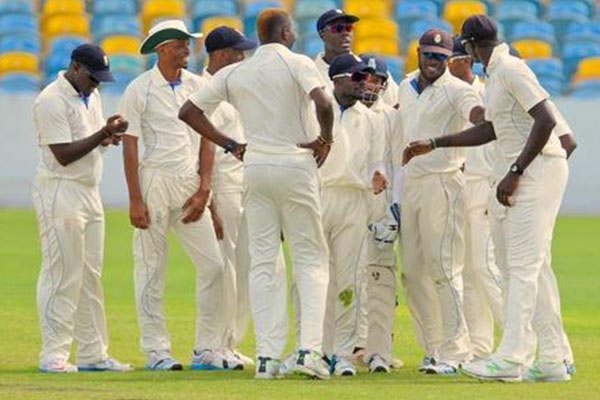 Bridgetown, Barbados — Barbados captured their 22nd first class title on Monday when rain forced a draw between contenders Trinidad and Tobago and Guyana on the final day of that game in Georgetown.

The Barbadians, the defending champions in the competition, started the final round in second spot but defeated Leeward Islands by an innings and 49 runs at the Vivian Richards Cricket Ground in Antigua on Sunday, to leapfrog T&T and move to 82 points.

T&T, who started the final round of matches in the Regional Four-Day Championship in pole position on 72 points, could only muster eight points from their stalemate at the Guyana National Stadium on Monday.

This meant Barbados secured the WICB President’s Trophy, recording four wins, a loss and a draw during their campaign. T&T, meanwhile, finished second with an identical record.

The top four teams will now battle for the Headley/Weekes Trophy, starting on Saturday, with Barbados taking on Jamaica at Kensington Oval and Trinidad & Tobago hosting the Windwards at Queen’s Park Oval in Port-of-Spain.

The final is carded to start on April 25.

CCC, meanwhile, finished fifth on 49 points, the Leewards were sixth on 42 while Guyana ended last on 29 points, and without a win in the competition.

Following are the Official Points Standings after the seventh and final round of preliminary matches in the Regional 4-Day Tournament ended on Monday.