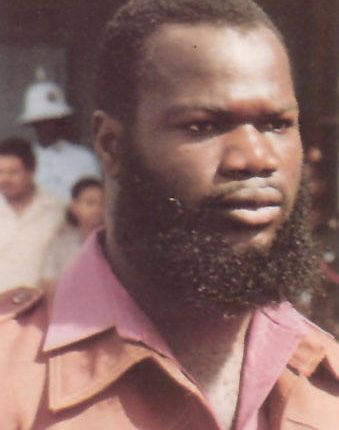 Department of Culture extends condolences to family of Kenrick Georges, author of our national anthem

Basseterre, St. Kitts, August 27, 2019 (SKNIS): The Department of Culture extends condolences to the family of Kenrick Georges, celebrated writer of both the lyrics and music of our National Anthem, “O Land of Beauty”. The Department was advised of his passing on Monday, August 26th, 2019.

In commenting on the untimely passing of Mr Georges, Minister of Culture and Deputy Prime Minister, the Hon Shawn Richards, made the following statement:

“Kenrick Georges’ passing is a deep loss for the people of St. Kitts and Nevis, who all owe him an invaluable debt of gratitude for our famous National Anthem which he would have penned in 1983 in celebration of our Country’s attainment of Independence. History would record that both Mr Georges and Mrs Edris Lewis-Viechweg will forever be accredited for their major contribution of two of the most significant symbols, our National Anthem and our National Flag, which define us as a Nation.”

The Department of Culture also acknowledges with respect the body of work which Mr Georges would have contributed to the field of music throughout his career. As such, condolences and recognition of his work have been documented on social media by his contemporaries in music, including King Ellie Matt; music educator, Ms Pamela Wall; Culturama King Astro, among others.