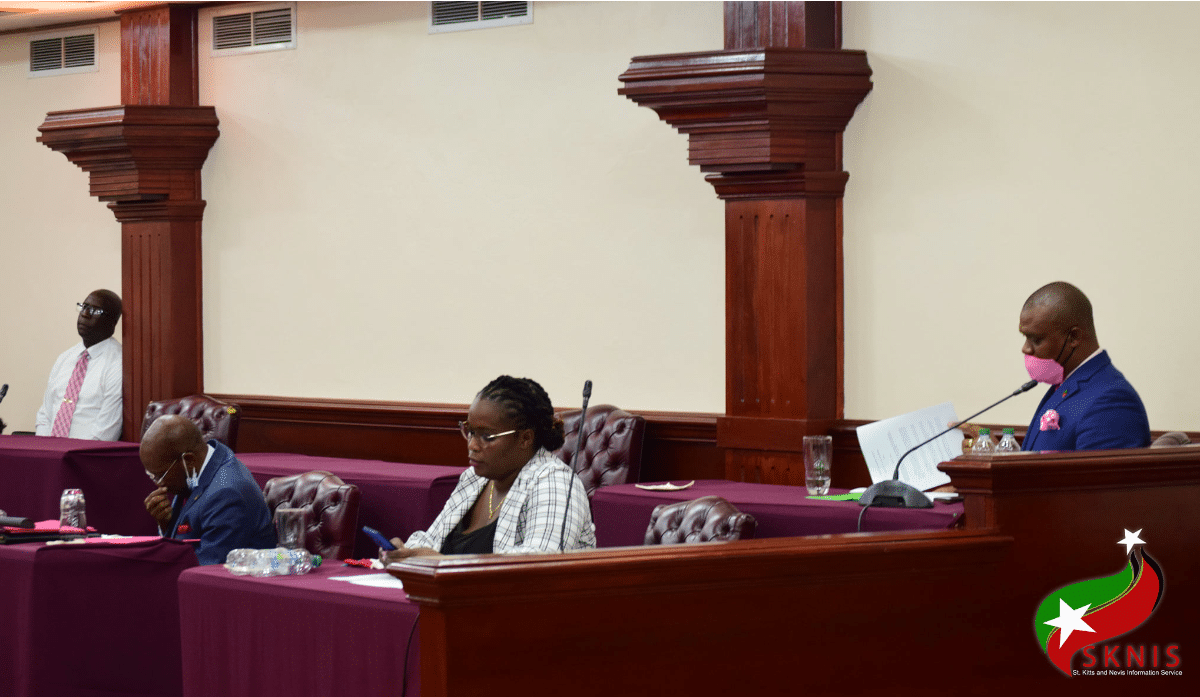 BASSETERRE, St. Kitts, October 16, 2020 (Press Unit in the Office of the Prime Minister) – Deputy Prime Minister, the Honourable Shawn Richards, thwarted the feeble attempt by the St. Kitts and Nevis Labour Party Opposition to make a mockery of and trivialise the amendments to the National Assembly Elections (Amendment) Bill, 2020, which was passed by a majority vote in the National Assembly Chambers on Thursday, October 15.

The National Assembly Elections (Amendment) Bill, 2020, provides for the length of stay that would clarify various non-national residents to vote in the Federation. The legislation also addressed the important matter of persons registering to vote where they live.

The three Opposition MPs used their allotted minutes during the debate to question the timing of this piece of legislation, which forms part of the Government’s efforts to bring about electoral reform.

In response, Deputy Prime Minister Richards said the ruling Team Unity Government brought the amendments years in advance of the next constitutionally due general elections – a stark distinction to the former Denzil Douglas administration that made a shameful attempt to institute changes to the electoral boundaries a month before a general election.

“The last election was held on the 5th of June, 2020. Constitutionally, the next election Mr. Speaker is due sometime in 2025. We are in the month of October – only four months after the last General Elections and approximately some 4 years and 8 months before a next General Election is due to be held in the Federation of St. Kitts and Nevis. So Mr. Speaker, when persons refer to a rush, there is no rush because there is no election which is due at this particular point in time. Unlike 2015, whereby one month before the General Elections had been held there was a rush then Mr. Speaker to change the boundaries here in the Federation of St. Kitts and Nevis,” Deputy Prime Minister Richards added.

The deputy prime minister was referring to the actions of the then-governing Labour party to introduce new electoral boundaries by proclamation on 16 January, 2015 – a month before the scheduled election. The Opposition, however, claimed the proclamation was not legally gazetted and argued that the new boundaries would also give government candidates an unfair advantage, and they consequently launched a legal challenge. The London-based Privy Council ruled in favour of the then Opposition, stating that the February 16 elections were to be held using the old voters’ list and the existing boundaries.

Moreover, as it pertains to the matter of voting where one lives, the deputy prime minister was keen to point out that this matter has long been a contested issue in St. Kitts and Nevis, which on a number of occasions had to be settled in a court of law.

Deputy Prime Minister Richards said, “I seem to recall Mr. Speaker that at the end of every single election here in the Federation of St. Kitts and Nevis, we have had many controversial matters. Perhaps I should add that not only at the end of each election but even throughout the process leading up to General Elections here in the Federation. We have had many cases before the court Mr. Speaker relative to persons registering and voting in constituencies where they ought not to have registered.”

Deputy Prime Minister Richards said the people of St. Kitts and Nevis gave the Team Unity Government a mandate to build a stronger, safer future and that is what his administration is focused on delivering through legislation like the National Assembly Elections (Amendment) Bill, 2020.

CFBC Commemorates Founders Week 2021 Under The Theme “Honouring The Past, Celebrating…