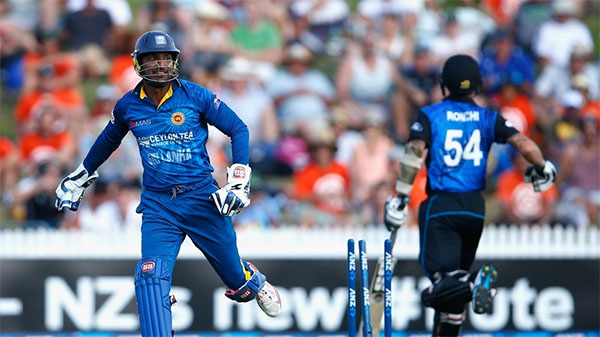 Sports Page — Sri Lanka sauntered to their first victory of the New Zealand tour, after Tillakaratne Dilshan hit a breezy 116 off 127 balls on a fine batting surface at Seddon Park. The six-wicket win had been forged by the spin bowlers – Dilshan among them – who delivered 37 overs between them, and by New Zealand’s several indiscretions between the wickets. A target of 249 never looked a testing on a pitch that offered little in the way of seam or turn, and thanks to Dilshan, Sri Lanka were in control for the entire duration of their chase.

New Zealand losing four wickets to run outs will be cause for concern, but their batting was also ineffective, except for Brendon McCullum, who struck a supercharged 117 from 99. Of the other top-six batsmen, only Ross Taylor had made more than 10, and his contribution had been a pained 34 from 69 balls. Once Sri Lanka dismissed McCullum, four more wickets fell in eight overs, effectively scuttling the hosts’ chances of posting a competitive score.