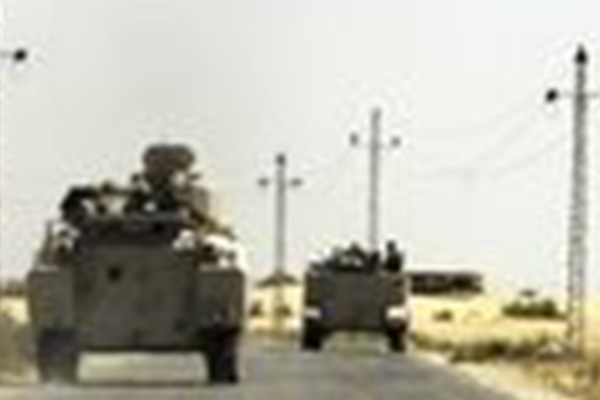 (BBC)—Eleven Egyptian military personnel have been killed and dozens more wounded in a car bomb attack near the North Sinai city of el-Arish.

Al-Masri al-Youm newspaper said a convoy of buses carrying infantry soldiers was hit by a roadside bomb as it moved through the Kharouba area.

Attacks on security forces in the Sinai have increased since Islamist President Mohammed Morsi was ousted in July.

No group has yet admitted carrying out Wednesday’s bombing.

The peninsula has grown increasingly unstable in recent years, triggered by the fall of President Hosni Mubarak.

His overthrow in February 2011 left the northern Sinai vulnerable to groups of jihadists, some with links to the Gaza Strip.

In September security forces launched an offensive against Islamist militants in the Sinai, but have suffered a spate of deadly bombings. In recent months some 100 members of the security forces have been killed.

Wednesday’s attack, which took place at around 07:45 local time (05:45 GMT) on the road from Rafah to el-Arish, is thought to be the bloodiest against the military since Mr Morsi was deposed.

All 11 who died and the 37 reported injured were serving military personnel.

The attack is said to have targeted Egypt’s Second Field Army, which has been deployed in Sinai and has been involved in an operation to destroy tunnels along Egypt’s border with Gaza.

The soldiers were on their way back to Cairo on leave, reports said. Some of the most seriously wounded victims were being airlifted to hospital in the capital.

Communications with the area were cut as military helicopters circled over the area, searching for the attackers, BBC Cairo correspondent Orla Guerin reports.