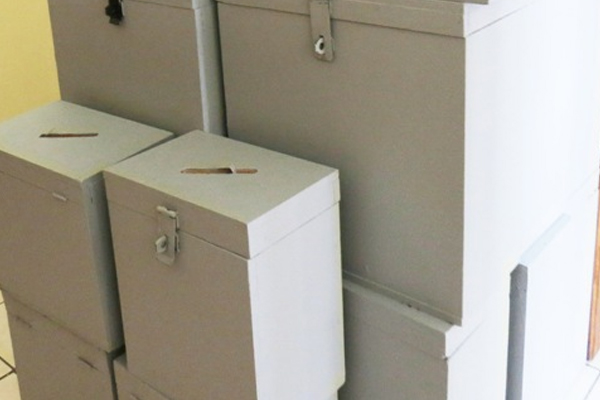 Basseterre, St. Kitts (CUOPM) — Supervisor of Elections, Mr. Wingrove George said Monday that the electoral proceedings cannot be carried out in a free and fair manner without the support of the general public.

“I am therefore appealing to the general public to become aware of the notices concerning directions for the guidance of voters and electoral offences which will be published in the local newspapers,” said George in a radio address.

He drew attention to the penalty for persons who may be found guilty of bribery, treating and undue influence.

“Such persons shall, on summary conviction, be liable to imprisonment for (6) six months or a fine of four hundred and eighty dollars. ($480.00),” said George.

He said that the Electoral Office, with the support of the Electoral Commission, Returning Officers and the Security Forces will be monitoring the electoral proceedings to ensure that the elections are peaceful, free and fair.

“We have acceded to requests for local observers to observe the opening of the polls, the transportation of the ballot boxes to places of count and the counting of ballots. We have also invited regional and international observers to be a part of the process. We are satisfied that the necessary arrangements have been made to ensure that fairness and honesty are observed in the electoral process,” he told listeners.

Mr. George called on the general public and employers to observe the electoral process.

“We now call on the support and cooperation of the general public in observing the guidelines and the law governing the electoral process. We urge all eligible voters to exercise their franchise by voting on polling day Monday 16th February 2015. We appeal to all employers to allow every voter employed at their institution a reasonable period of time for voting, as provided under the National Assembly Elections Act,” said Mr. George.

He expressed confidence that with the support and cooperation of the public, the elections will be conducted in a peaceful, free and fair manner.

“I have no doubt, that after the results of the elections would have been announced, you would be confident in and proud of the transparency and fairness of the electoral system. We will respect, and have always respected, the wishes of the people,” said Mr. George.