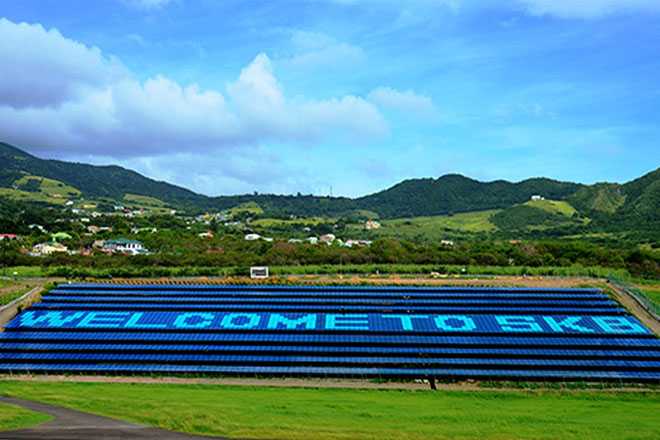 Energy among topics outlined at 2015 Opening of National Assembly

Basseterre, St. Kitts (SKNIS) — The further development and use of energy alternative in St. Kitts and Nevis was highlighted during the official opening of the Federal Parliament on Thursday (May 14).

During his Throne Speech, the Governor General’s Deputy, His Excellency S.W. Tapley Seaton Q.C. echoed the government’s plan to boost the energy sector in the Federation.

“This Government intends to make energy more affordable through investment in alternative energy sources,” His Excellency stated. “The provision of incentives forrenewable energy companies to do business in St. Kitts and Nevis” was listed as one such plan.

Such companies he said will “include those focused on wind, solar and geothermal energy production. We will be doing our part saving our planet and restricting ourtraditional reliance on energy generated by fossil fuels.”

His Excellency mentioned St. Kitts and Nevis’ participation in a recent conference on climate change.

“Prime Minister, Dr. the Honourable Timothy Harris attended the Caraibe Climat conference with other Caribbean Heads of State hosted by the President of the French Republic,” he said. “This conference focused on the effects of climate change in the Caribbean.”

At the conference, Prime Minister Harris stressed that ‘we must ensure that the Caribbean Islands, places where people live, work and conduct business every day, are here for generations to come.”

The Organization of American States (OECS) has undergone a series of training workshops to combat the effects of climate change in the Caribbean Region.