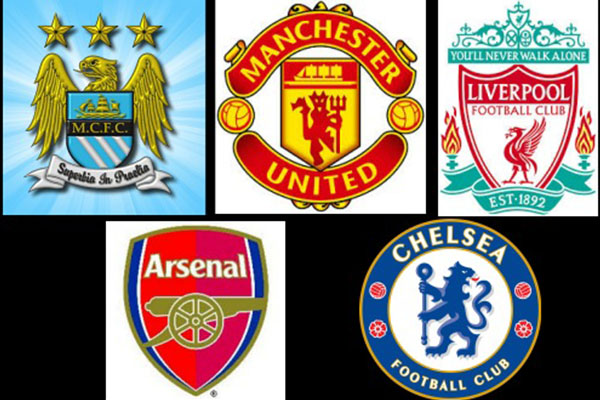 LONDON, England (AFP) – With the new Premier League season kicking off on Saturday, here are fact files on the five leading contenders to win the English title.

With City’s domestic supremacy reasserted with a second league title in three years, the focus of Manuel Pellegrini and his players turns to conquering Europe for the first time.

After another premature exit from the Champions League last season in the last 16 against Barcelona -City would dearly love a sustained challenge for the continent’s top trophy and, with that desire for immediate success in mind, Pellegrini opted for experience when he signed old hands Fernando, Bacary Sagna, Frank Lampard and Willy Caballero to augment an already powerful squad.

Just three months after their hopes of winning the English title for the first time in 24 years slipped away in heartbreaking fashion, the Reds return for a defining season in the team’s development under Brendan Rodgers.

How Liverpool respond to the sale of star striker Luis Suarez to Barcelona will determine whether last year’s impressive progress comes to a grinding halt and Rodgers has splashed out close to £100 million to replace the Uruguayan and add depth to a squad that must cope with the twin demands of domestic and European campaigns.

After finishing last season without a major trophy, Jose Mourinho has invested heavily in a revamped squad that will be expected to bring home significant silverware in the second season of his second coming at Stamford Bridge.

Mourinho has a knack for winning big prizes in his second full season at each of his clubs, landing the Champions League at both Porto and Inter Milan in year two and the Spanish title at Real Madrid. To do the same in west London, he has opted for a Spanish flavour, with Diego Costa and Cesc Fabregas the headline signings.

Revitalised by their FA Cup final triumph last season, a cathartic victory over Hull that ended the club’s nine-year trophy drought, Arsene Wenger’s side head into the new campaign brim full of belief that they can win the Premier League for the first time since 2004.

The painful memories of David Moyes’ ill-fated season in charge have been swept away as the fallen giants begin the road back to relevancy under Dutch coach Louis van Gaal.

A campaign branded ‘ReUnited14’ by the club’s marketing gurus should benefit from United’s relatively undemanding fixture list in the opening weeks, when a long winning run would buy time for van Gaal to institute the changes needed to ensure at least a top-four finish and ideally a title challenge.