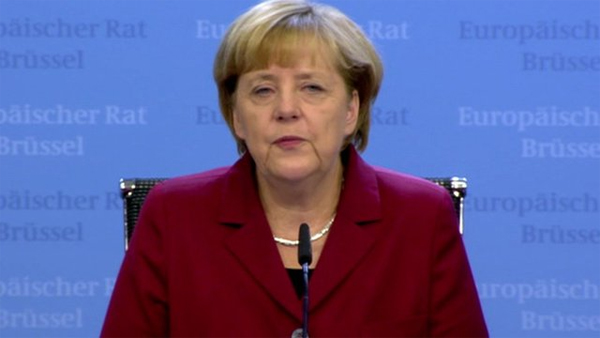 EU says distrust of US on spying may harm terror fight

(BBC) EU leaders meeting in Brussels say distrust of the US over spying could harm the fight against terrorism.

A statement agreed by the leaders says that “a lack of trust could prejudice” intelligence-gathering co-operation.

France and Germany are pushing for talks with the US to find a new “understanding” by the year’s end.

A number of allegations against US intelligence agents have surfaced this week, including the bugging of German Chancellor Angela Merkel’s phone.

In addition there have been claims that the US National Security Agency (NSA) monitored millions of French telephone calls.

Meanwhile, Spain has followed Germany and France in summoning the US ambassador to explain reports of spying on the country.

In the end, pragmatism out-pointed outrage… but that should not disguise a very real sense of betrayal in parts of Europe”

On Thursday, the UK’s Guardian newspaper also reported that it had obtained a confidential memo from the NSA suggesting it had monitored the phones of 35 world leaders.

The latest revelations have been sourced to US whistleblower Edward Snowden, the former intelligence contractor who fled the country earlier this year and is now in Russia.

They have overshadowed other issues at the EU summit in Brussels, including the Mediterranean migration problem, which frames the agenda of Friday’s talks.

Italian authorities said they had intercepted some 800 migrants trying to cross the Mediterranean as the EU leaders prepared to meet.