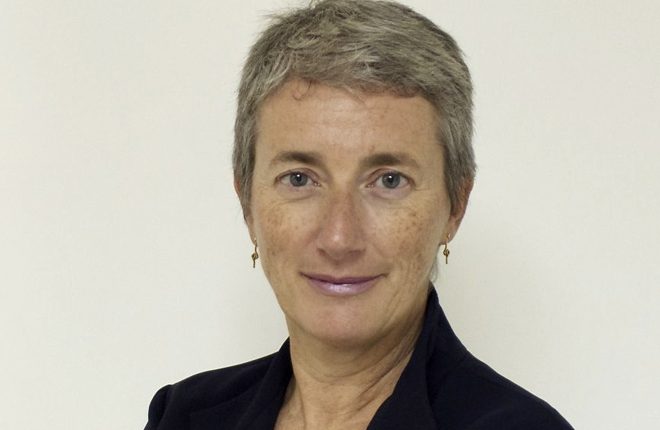 Basseterre, St. Kitts, February 11, 2019 (SKNIS): Paola Amadei, Executive Director of the European Union (EU) Latin America and the Caribbean (LAC) Foundation, is in St. Kitts and Nevis on her official visit which is aimed at building a strong relationship with government, as well as to further sensitize nationals on the foundation.

“The mandate of the foundation is to strengthen the relationship between the member states and the government and the civil society organizations. So, part of our mandate is to contribute to develop more exchanges between civil society organizations no matter where they are based in the two regions, as well as to develop better mutual knowledge and visibility,” said the executive director during a brief interview with the St. Kitts and Nevis Information Service (SKNIS) on Monday, February 11, 2019.

While in St. Kitts and Nevis, Ms. Amadei, along with the Honourable Mark Brantley, Minister of Foreign Affairs and Aviation, will announce the ratification on the side of St. Kitts and Nevis of the agreement which will transform the foundation into an international organization in 2019. The ratification instrument will be prepared and signed by Minister Brantley, and then delivered to the Executive Director, Ms. Paola Amadei.

On October 25, 2016, the EU-LAC Agreement was opened for signing, in which St. Kitts and Nevis signed in Brussels on the June 14, 2017, making the Federation the 52nd signatory of the agreement out of a total of 62 members. On July 17, 2017, a Cabinet Submission was completed seeking the approval of Cabinet Members for the ratification of the Agreement transforming the EU-LAC into an International Foundation. On Monday, October 02, 2017, the Cabinet considered the submission (#121/2017) and advised that it was approved, provided there are no financial obligations to the Government.

During the visit, Executive Director Amadei also met with representatives from the St. Kitts National Trust, Historical and Conservation Society of Nevis, as well as other government officials.

The Strategic partnership between the European Union (EU) and Latin America and the Caribbean (LAC) was initiated in June 1999 at the first EU-LAC Summit in Rio de Janeiro, Brazil. The Cooperation builds on knowledge sharing, shared cultural heritage, and values. To create a permanent framework for the EU-LAC process, it was agreed at the VI EU-LAC Summit in Madrid, on 18 May 2010, to establish a European Union-Latin America Caribbean Foundation.

The Foundation was established as an intergovernmental institution to: promote understanding between the peoples of Latin America and the Caribbean and the European Union; strengthen cooperation between the EU and LAC states; foster intercultural exchange, through the participation of civil society and social actors; encourage greater mutual knowledge and understanding between the two regions; enhance visibility and presence in the partner region as well as the profile of the bioregional partnership in the wider world, and seek to advance the knowledge of art, culture, history, languages, customs and traditions, political, economic and social conditions of the two regions.