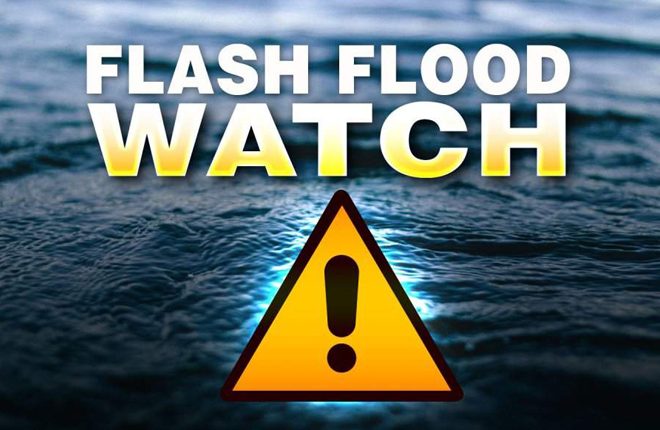 ZIZ News (By: Chaïra Flanders) — On Monday November 4, the St. Kitts Met Office announced that a flash flood watch is currently in effect for low lying and flood prone areas of St. Kitts and Nevis.

This follows severe weather conditions over the weekend caused by a tropical wave.

In a press release issued on Monday morning, the Met Office advised that minor to moderate flooding is possible “as a result of showers becoming moderate to heavy at times producing possible rainfall totals of 1.0 to 3.0 inches.”

The release also states that “a combination of a tropical wave and a deep-layered trough will produce unsettled weather conditions mainly across the northern islands. Cloudy skies with showers, some of which could be moderate to heavy at times, and a high chance of thunderstorm could be seen across these areas today.

Islands from Guadeloupe southwards will see similar conditions resulting from the tropical wave mainly during the earlier part of today before a second approaching wave moves in later this afternoon giving rise to thundershower activity once again.

Minor to moderate flooding is possible over the next 24 hours.

As the Met services continue to monitor weather conditions, all persons are asked to stay tuned to ZIZ and other local media outlets for watch updates and possible warnings.

Government arranging meeting with employers and employees to discuss recent…