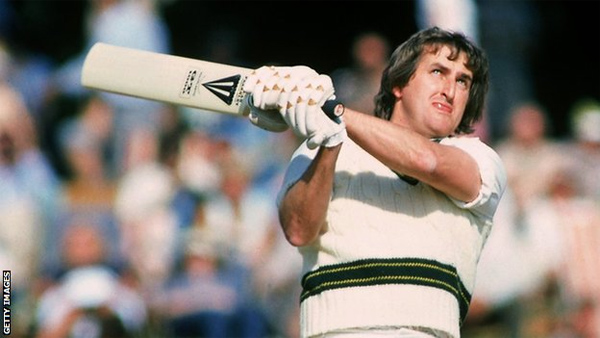 (Sports Page)— Gary Gilmour, the fast bowler who played 15 Tests for Australia and famously demolished England in the 1975 World Cup semi-final, has died at the age of 62.

Gilmour, who had undergone a life-saving liver transplant in 2005, had battled health problems for many years and died at Sydney’s Royal Prince Alfred Hospital on Tuesday, after having a hip operation on Monday. Although his international career consisted of only 20 matches across the two formats and was finished by the time he was 25, it featured several remarkable performances.

Perhaps the most memorable was the 6 for 14 he claimed in the World Cup semi-final at Headingley in June 1975, when England’s batsmen had no answers for his left-arm swing. The performance was listed by Wisden in 2002 as the greatest bowling effort in ODI history, and the 23-year-old Gilmour followed up with 5 for 48 in the final against West Indies.

His 15 Tests brought 54 wickets at 26.03, but his Test career is remembered as much for his destructive century against New Zealand in Christchurch in 1977 as for his bowling. Against an attack led by Richard Hadlee, Gilmour – known as “Gus” – crunched 20 fours and one six, meaning 86 of his 101 runs in his only Test century had come from boundaries.

“I was next in and the ball was hooping everywhere, Sir Richard Hadlee was bowling and every time Gus picked the bat up I thought ‘this is the one, the stumps will go everywhere here’,” Kerry O’Keeffe told ESPNcricinfo. “But it kept disappearing all over Christchurch. Then he’d run in and I’d think ‘he’ll nick this one, first slip will catch this’, and long-off was chasing it.

“Honestly, 20 fours and a six, and every one of those fours could have been out! Richard Hadlee on a seaming pitch at Lancaster Park – I though there’s no way known you could pick the bat up as high as Gus did, and with serious intent smack it and not nick one.

Gilmour is survived by his wife Helen, daughter Brooke and sons Ben and Sam. The family was also mourning a third son, Clint, who recently died aged 33 after a long battle with brain cancer.