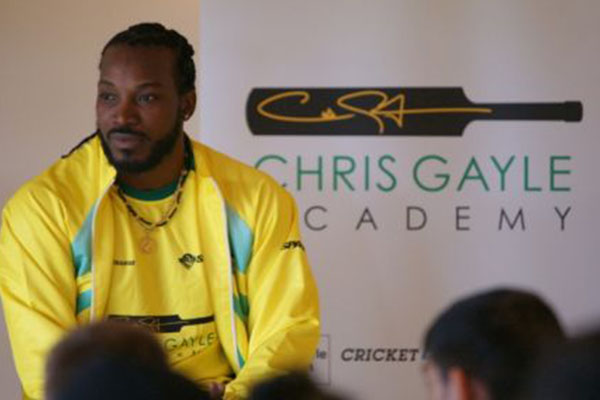 Kingston Jamaica — The Chris Gayle Foundation is set to launch the Chris Gayle Academy in Jamaica on June 5 and will play host to its UK counterpart in a three match cricket tour just before the start of the West Indies, New Zealand Test match.

The announcement was made by the chairman of the Chris Gayle Foundation, Radcliffe Haynes who gave a more detailed breakdown of the tour.

The launch is set to start at 9am, after which, the players will engage in the first of three cricket matches slated to take place at the Lucas Cricket Ground in Kingston.

Presently 20 youngsters raging in ages from 16 to 20 years are in training under the watchful eyes of Coach Gibbs Williams along with Shane Brooks, Hugh Hinds and Owen Pearson.

The Chris Gayle Academy was founded with the hope of unlocking the potential in talented young cricketers from inner-city communities, while helping them to become role models in their respective communities and society as a whole.

Some of the communities that have responded with youngsters are Rollington Town, Rose Town, Maxfield Avenue and the Windward road area.

Chris Gayle, speaking from his base in Bangalore, India where he is currently playing in the Indian Premier league says he is looking forward to the launch and the tour by the UK based youngsters.

“This venture is a special one for me personally, as I feel if I can help at least one youngster to unearth his talent and to be a better and more rounded individual, rather than to turn to something negative then the academy has done its job,” said Gayle.

The cricket superstar says he hopes the interaction of the players will be beneficial to the youth for many years to come.