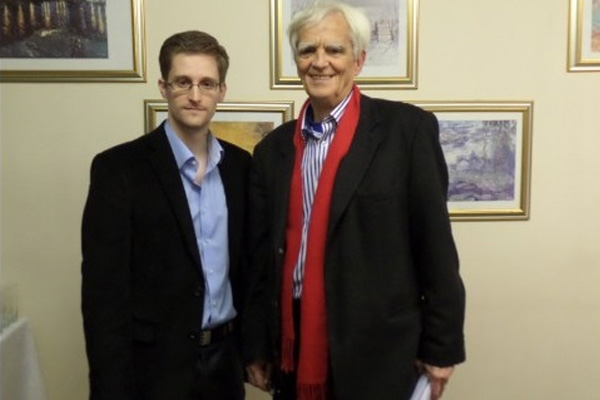 Germany hopes for Snowden meeting on US spying

(BBC) The German government says it is keen to hear directly from the fugitive NSA whistleblower Edward Snowden about the US spy agency’s activities.

“If the message is that Mr Snowden wants to give us information then we’ll gladly accept that,” said German Interior Minister Hans-Peter Friedrich.

Mr Snowden’s lawyer said a meeting could occur in Moscow, but not Germany.

The US Secretary of State, John Kerry, has said that in some cases, US spying has gone too far.

He said he would work with President Barack Obama to prevent further inappropriate actions by the National Security Agency.

Mr Snowden, 30, fled to Russia in June after leaking details of far-reaching US telephone espionage. He has temporary asylum, allowing him to live in Russia until next June.

In a surprise move, a German Green MP, Hans-Christian Stroebele, has met Mr Snowden in Moscow and revealed the former intelligence contractor’s readiness to brief the German government on NSA spying.

Mr Snowden set out his position in a letter, which Mr Stroebele showed to reporters at a news conference on Friday.

The scale of the alleged US espionage has provoked international concern and calls for tighter supervision.

Asian countries have protested at claims that Australia was involved in a US-led spy network.

China has demanded an explanation of the reports, while Indonesia has summoned the Australian ambassador to Jakarta.