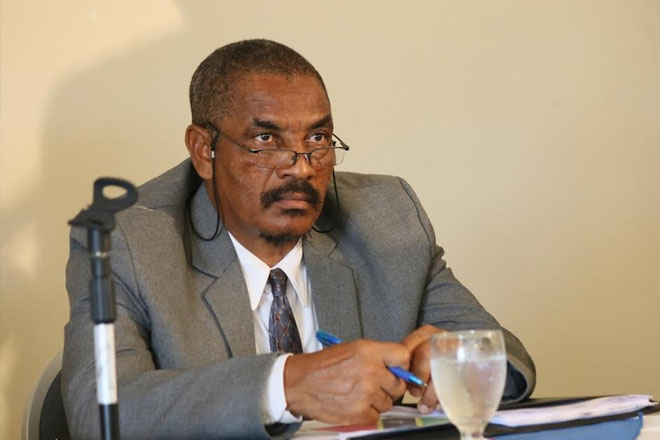 Basseterre, St. Kitts (SKNIS) — Following the passing of the Saint Christopher and Nevis Citizenship (Amendment) Bill, 2015 in Federal Parliament on July 29, the government has organized the first National Consultation on the Citizenship by Investment (CBI) Programme under the theme: “The Way Forward through Collaboration.”

At the opening ceremony on Thursday (July 30), at the Ocean Terrace Inn, Osbert DeSuza, Permanent Secretary in the Office of the Prime Minister, said that “this event is an initiative that marks the beginning of an attempt by the new administration to bring the CBI programme back on course,” noting that it has a track record of over 30 years.

“During its development and evolution, it has become known as the best Citizenship by Investment programme worldwide,” he stressed, adding, that since its inception, the programme has generated in excess of EC$3 billion in revenue for the federation.

He added that it is a major economic contributor to the fortunes of St. Kitts and Nevis, pointing out, that “revenue generated is invested in the development of the education sector, in the provision of health care services, in improving the housing stock and assisted in the upgrading of access and drainage. In addition, a substantial amount is invested in the transformation of the social landscape of the federation.”

In addressing the CBI stakeholders, he urged them to use the time wisely.

“We are not here to look back or to reproach and blame, but to use our collective experiences, wisdom and knowledge to chart a new course forward,” he said. “I submit to you, that our time here should be spent making suggestions and recommendations for reviewing the programme.”