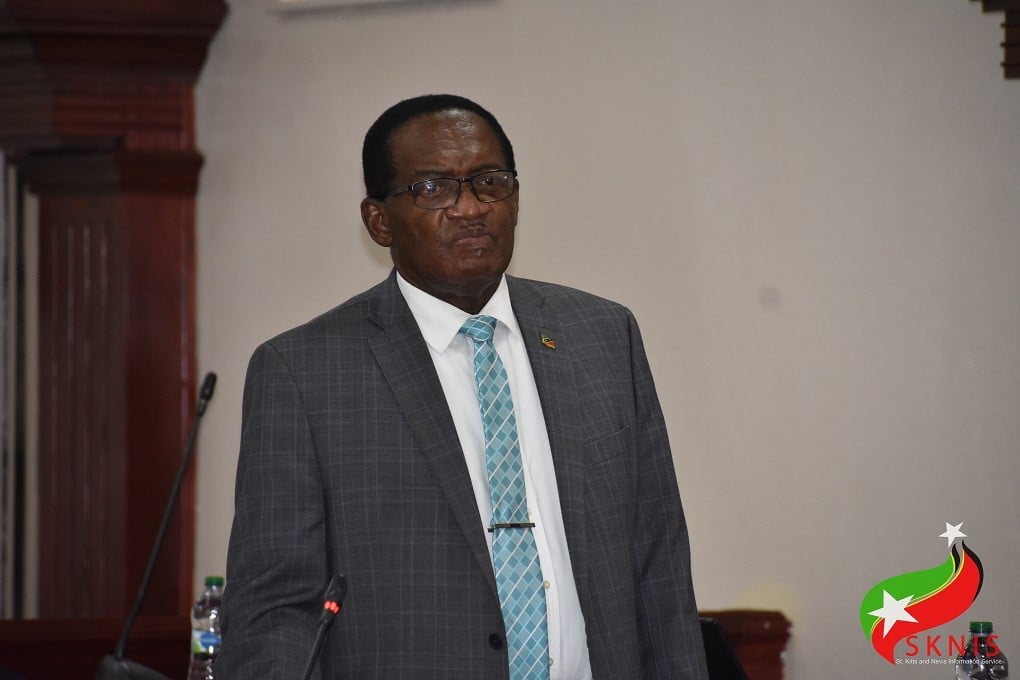 Basseterre, St. Kitts, December 21, 2020 (SKNIS): The widespread transmission of the novel coronavirus has devastated economies around the world including that of St. Kitts and Nevis. Despite a shortfall of projected growth for 2020, Minister the Honourable Eugene Hamilton said the government remains focused on introducing a key health programme.

“We are not going to lose sight of implementing Universal Health Insurance,” Minister Hamilton stated on Monday (December 21, 2020) during the ongoing Budget Debate.

He recounted the steps already taken since 2015, which included the creation of a national commission to explore varying details including costs, benefits and other matters. The commission hosted several public and private consultations with the population and key stakeholders. The process was assisted by experts from the Health Economics Unit of the University of the West Indies St. Augustine Campus, who made recommendations on the implementation of the national programme. An actuary was also engaged, and projected costs of the initiative were outlined.

The minister said that the programme will be costly and must be shared with residents, possibly through salary deductions. However, he added that the benefits of this significant programme would be “better for all of us.”

“The concept of pooling all of the resources of a large number of persons will make it easier for everybody to get care,” Minister Hamilton stated. “The law of large numbers will ensure that there is equality in benefits as well as payments.”

He added: “Think about it, when your mother tells you she went to the doctor and the diagnosis is that she has breast cancer and what she has to raise is $90,000 and, you don’t have it, it can rip the heart out of you. That is why we need Universal Health Insurance. And let’s face it, I talked about your mother but, it also can be you.”

Minister Hamilton said that more information will be shared in the new year. However, he indicated that government was at the point where it is looking at the legislative framework for the implementation, the time for commencement whether 2021 or 2022 and how to raise the money to pay for universal healthcare ensuring that it is sustainable.

‘In 2021, we are going to cover all that ground and be ready for when the Cabinet and the country say go then we will go,” the minister indicated.