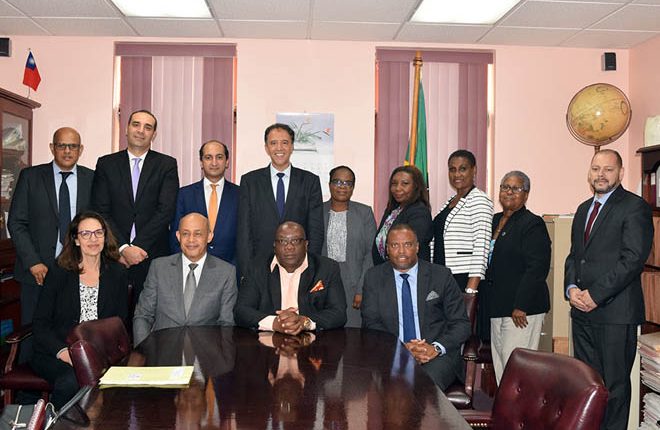 Government of the Kingdom of Morocco offers wide ranging assistance to St. Kitts and Nevis

(Press Unit in the Office of the Prime Minister) – Prime Minister Dr. the Honourable Timothy Harris led a highly productive dialogue on Thursday, July 12, between senior level Government officials from St. Kitts and Nevis and the Kingdom of Morocco with the aim of further strengthening the bilateral cooperation between both countries.

The Federation of St. Kitts and Nevis established diplomatic relations with the Kingdom of Morocco in 2007.

The visiting Moroccan delegation, led by Ambassador Extraordinary and Plenipotentiary of the Kingdom of Morocco to St. Kitts and Nevis, His Excellency Dr. Abderrahim Kadmiri, discussed in depth areas in which the Moroccan Government is willing to offer concrete and practical assistance to St. Kitts and Nevis in areas of tourism, health, diplomacy and agriculture.

These include training opportunities for senior and management level officials in the various fields, study tours to Morocco where nationals can see firsthand best practices being done in Morocco, scholarship opportunities to Kittitians and Nevisians, as well as further technical and financial assistance.

His Excellency Dr. Kadmiri used the occasion to reiterate his Government’s partnership with the Federation, noting that “St. Kitts and Nevis for us is a key country in the Caribbean region.”

Ambassador Kadmiri further noted that the composition of the Moroccan delegation, which included senior Government officials in the fields of health, tourism, foreign affairs and agriculture, reflects the importance of the relationship between the Governments of Morocco and St. Kitts and Nevis.

The Honourable Mark Brantley, in his capacity as Minister of Foreign Affairs, stated that St. Kitts and Nevis has enjoyed an excellent relationship with the Kingdom of Morocco in recent years highlighted by tangible areas of mutual cooperation.

The minister added, “We have been very impressed with Morocco in terms of what Morocco has been able to do in renewable energy, in terms of achieving the sustainable development goals, in its reintroduction, if you will, of itself into the African Union and the ECOWAS arrangement. We see Morocco really as an excellent partner for us as we try to develop our own relations with Africa.”

For his part, Prime Minister Harris pledged the continued support of the Government of St. Kitts and Nevis to the Kingdom of Morocco, particular as it relates to promoting interests of mutual benefits at the international level.

Dr. Harris said, “In the efforts of the Kingdom of Morocco to pursue its own international agenda, it has found in St. Kitts and Nevis a reliable friend, and we have participated in several matters giving critical support to a whole series of discussions between Morocco and its allies in supporting its own agenda at the UN [and] those efforts will continue. We look forward to the unfolding of these bilateral projects which we have had today (July 12) an opportunity to exchange opinions on and to find mutuality in terms of the concerns.”

In further expressing his gratitude to the Government of the Kingdom of Morocco, Prime Minister Harris extended an invitation to Ambassador Kadmiri to attend and participate in the celebrations of the Federation’s 35th anniversary of Independence on September 19, 2018. 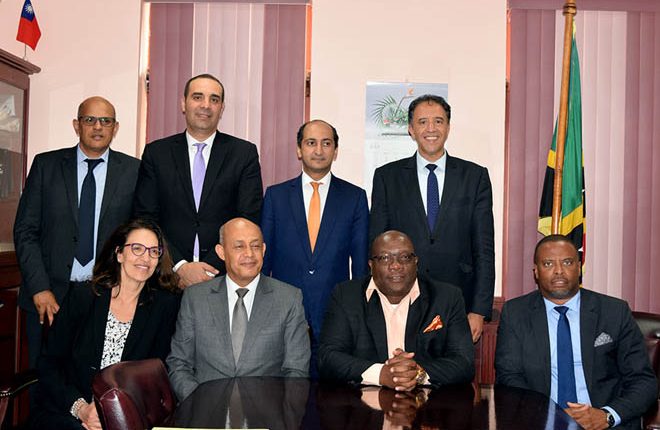 Test of Standards and end of year secondary schools’ common examinations, will not be…

CXC examinations will be administered in July 2020, says minister of education