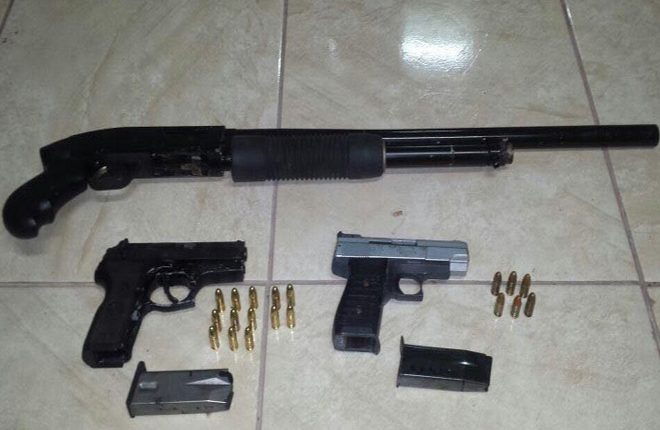 (SKNIS): The penalties for persons convicted of gun-related crimes are expected to be increased in St. Kitts and Nevis.

At a press conference on Wednesday (May 31), Prime Minister and Minister of National Security, Dr. the Honourable Timothy Harris, updated the nation on several security and legislation matters and said “given the prevalence of guns in horrific killings, we propose to seek Parliament’s approval in doubling the penalty for a summary offence from a maximum term of 10 years in certain cases, to a maximum term of imprisonment not exceeding 20 years.”

Additionally, the prime minister added that “the penalty for indictable offences” will carry a maximum sentence of life imprisonment under the proposed changes. Indictable offences are heard in the High Court as the defendant is tried by judge and jury.

Dr. Harris said government also wishes to ensure that persons on bail are not allowed to repeat criminal acts “without due sanctions.”

“In relation to bail therefore, we intend to make it more difficult for criminals to receive bail in relation to both a capital offence, such as murder and a firearm offence at the same time. This will mitigate against criminals on bail exacting vengeance on witnesses and innocent people in our society. We propose that the court would consider imposing a monitoring device for example, an ankle bracelet on certain persons as a condition of bail. We believe that the risk of loss of lives has to be given appropriate weight in the balancing between loss of lives and liberty.”

“On this score, at the next sitting of the [Federal] Parliament, we will pass the Firearms Amendment Act and the Bail Amendment Act to make them more consistent with our people’s views and expectations of our justice system,” Prime Minister Harris stated.

The aforementioned Bills were introduced in the National Assembly on May 23, 2017. Dr. Harris said that Parliament is next expected to convene on June 13, 2017.