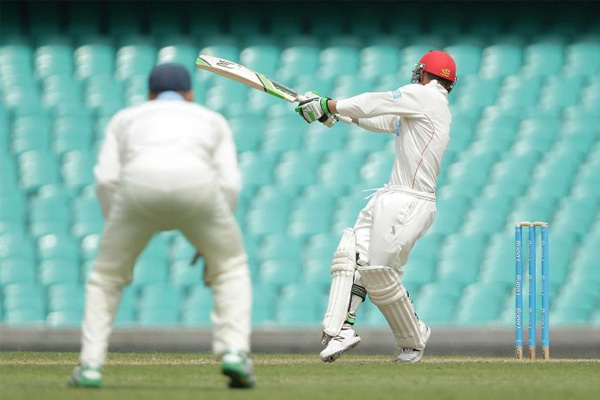 Hughes Critical after hit by Bouncer

Sports Page — Phillip Hughes has undergone surgery and remains in a critical condition after suffering a sickening blow to the head during the Sheffield Shield match between New South Wales and South Australia at the SCG.

Hughes was taken by ambulance to St Vincent’s Hospital in Sydney after the incident on day one of the match. At approximately 5.20pm, the hospital confirmed that Hughes was out of surgery and remained in a critical condition in the intensive care unit. ESPNcricinfo understands Hughes was in an induced coma after surgery to relieve pressure on his brain.

At approximately 4.15pm hospital spokesman David Faktor had addressed the media and said Hughes was in surgery having arrived at the hospital on life support.

Hughes had made 63, playing well against his former state and in contention for the spot to be vacated by the injured captain Michael Clarke in the team for the first Test in Brisbane next week.

But in trying to push along his score, Hughes attempted a hook at the fast medium of Sean Abbott about 2.23pm, and was hit in the side of his helmeted head, a blow that drew blood.