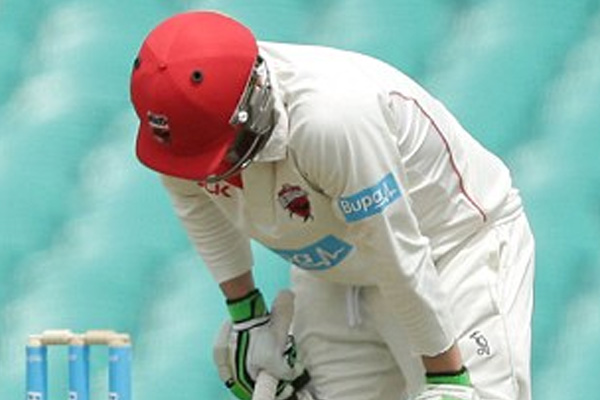 Sports Page — Phillip Hughes remained in a critical condition in hospital on Wednesday afternoon, nearly 24 hours after being struck in the head by a bouncer during a Sheffield Shield match at the SCG.

At 2.05pm, Australia’s team doctor Peter Brukner spoke to the media outside St Vincent’s Hospital in Sydney, where Hughes had undergone surgery on Tuesday to relieve pressure on his brain.

“Phillip’s condition is unchanged and he remains critical,” Brukner said. “If there are any further developments we will let you know immediately.”

Earlier on Wednesday, Cricket Australia had elected to abandon the full round of Sheffield Shield matches following the injury suffered by Hughes on day one of the match between New South Wales and South Australia.

That game was abandoned as soon as Hughes was taken to St Vincent’s Hospital, and after deliberations between CA and the Australian Cricketers Association, it was decided that it would not be fair or appropriate to continue the matches between Victoria and Western Australia in Melbourne or Tasmania and Queensland in Brisbane.

“We’ve spoken to players and the ACA, and given how players across the country are feeling right now, it’s just not the day to be playing cricket and we understand that,” CA’s team performance manager Pat Howard said. “We are continuing to offer all players and match officials counseling and support at this difficult time.

One point will be given to each team for the abandoned matches, under the terms of CA’s revised playing conditions for the Shield this summer. ACA chief executive Alistair Nicholson supported the decision.