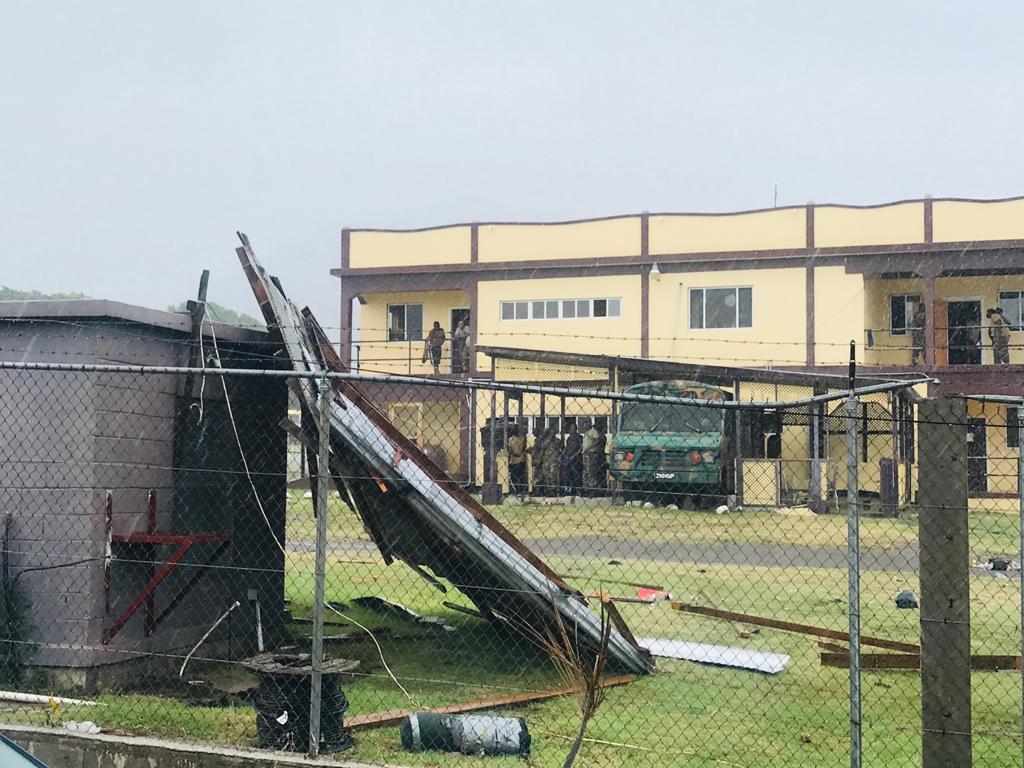 A trough system along with another weather disturbance is currently affecting St. Kitts and Nevis, bringing with it stormy conditions and high winds.

ZIZ spoke with Senior Meteorological Officer, Elmo Burke who explained why the federation was being soaked by rain and what can be expected over the next few days.

“As most persons would have recognized, we have cloudy conditions prevailing throughout the day with some showers. Some of the showers were moderate in intensity, accompanied with isolated thunderstorms. These conditions are expected to continue over the next day or two as we are currently being impacted by a tropical wave which is being enhanced by an upper level trough”, he said.

The Senior Met Officer used the opportunity to advise persons to be cautious during this time.

<<VTR>> “We are asking the general public to exercise extreme caution especially in areas that are known for flash flooding as well as localized street flooding”, Burke stated.

He said the Met Office anticipates another Tropical Wave between Wednesday and Thursday and as such, more showers along with thunderstorms are possible later this week.

Meanwhile, two vehicles located at the St. Kitts Nevis Defence Force felt the brunt of the stormy conditions after violent winds ripped the entire roof from a structure that was built on the compound for recreational purposes.

The winds reportedly slammed the roof of the building into a Taxi bus which received a broken mirror, a punctured tire and battered glass as a result of the disturbance while the front bumper was forcefully removed from a nearby SUV.

There were no reports of any injuries.